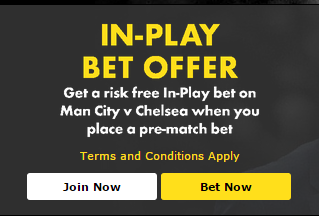 Manchester City had to wait until Monday evening to get their Premier League campaign underway, but this extra preparation time obviously paid off.

They dominated West Brom at the Hawthorns, with Yaya Toure running rampant in the centre of the park and netting 2 goals for his troubles. Vincent Kompany rounded the victory off with a second half goal to make it 3-0.

The fact that they managed to score 3 goals away from home without Sergio Aguero on the pitch has made them the new favourites to lift the Premier League trophy.

Aguero did make it onto the pitch in the end, coming on for the final 25 minutes to increase his match fitness for the coming season.

I would expect that Aguero has been training hard this week to ready himself for the game against Chelsea, and his presence at the forefront of the Manchester City attack will be a real boost to them.

If Chelsea defend the way they did against Swansea on Sunday, then Aguero will have an absolute riot at the Etihad on Sunday.

They looked slow and disorganised, and the fact that Thibaut Courtois is suspended for the game against Manchester City means that Asmir Begovic will have to take the reigns.

Begovic isn’t a bad goalkeeper by any means, but Courtois is in another class to him and has the experience of managing the Chelsea back 4 in front of him.

History suggests that this will be a close match. Both Premier League meetings last year ended in 1-1 draws, and before that each team had won 2 of the 4 matches they had played against each other.

But with the home advantage on their side, and Chelsea not looking like the same team as last year, we think that Manchester City will get a win on Sunday, and odds of 21/20 look attractive to us.