The start of the season saw a Manchester United side who were struggling to make an impression going forward, but still managing to pick up a few wins.

They won 3 of their first four games in all competitions, but a loss against Swansea ended this unbeaten start to the season.

It was around then that their performances started to improve. They did lose to PSV in their Champions League group stage opener, but then embarked on a four match winning streak where they beat Southampton, Ipswich, Sunderland, and Wolfsburg by comfortable margins.

Their 3-0 loss at Arsenal was a disaster, but they quickly picked themselves up from that to win 3-0 at Goodison Park.

They drew at CSKA Moscow in midweek. It probably wasn’t a game they were fully expecting to win, but they will feel a little let down not to get three points.

This leaves them in 3rd place in the Premier League table, but with just two points separating them and leaders Manchester City a win on Sunday would see them leapfrog the title hopefuls.

Manchester City started the season emphatically with a five match winning streak, a period where they kept a clean sheet throughout.

But a disappointing 2-1 loss at home to the our of form Juventus sparked a bit of a downturn in form. They went on to lose 2-1 at home to West Ham, with a 4-1 League Cup win over Sunderland breaking up that and a dreadful 4-1 defeat to Spurs.

City have won their last four games in all competitions though, with a 6-1 win over Newcastle and a 5-1 victory against Bournemouth making up their Premier League results.

They also managed to come from behind against Sevilla to snatch a 91st minute winner in the Champions League, so the squad will still be buzzing from that.

The visitors have the worst of the injury problems. Star players Sergio Aguero and David Silva will miss the trip to Old Trafford along with Fabian Delph. United have Luke Shaw, Ashley Young, and Paddy McNair on the sidelines.

Both teams have shown some really good attacking play in recent weeks, and this fixture has often produced some thrillers. I think an Over 2.5 Goals and Both Teams to Score bet is a good backing, and odds of 21/20 look fair value to me. 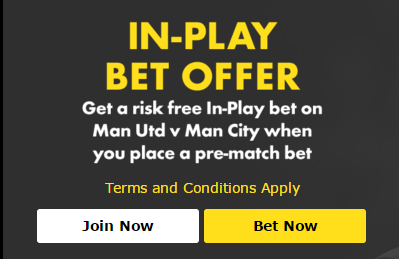