Manchester United look to keep their hopes of silverware alive on Sunday when they host West Ham in the FA Cup Quarter Finals. Our free betting tips suggest that this will be a low scoring game to match Manchester United’s uninspiring recent performances. 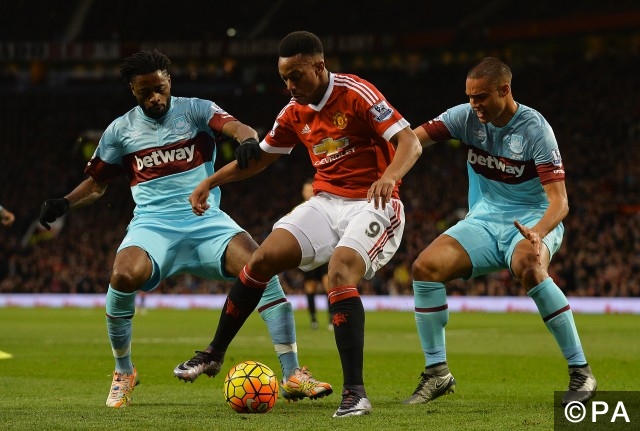 Manchester United’s hopes of gaining some credibility back after a dismal season took a fresh blow on Thursday. A dreadful, passive display at Anfield ended with them losing 2-0, a scoreline they will have to overturn at Anfield next week if they are to progress in the competition.

This leaves them struggling in the Europa League and three points adrift of the top four in the Premier League down in 6th. 4th placed Manchester City also have a game in hand over the teams below them, putting Manchester United at a further disadvantage.

The Old Trafford outfit had finally started to pick up some momentum, with a quartet of wins against Midtjylland, Shrewsbury Town, Arsenal, and Watford easing a bit of the pressure on Louis van Gaal’s shoulders.

However, as has often been the case with Manchester United this season, a fresh wave of misery is just round the corner. A dismal defeat to West Brom last weekend was followed by their 2-0 loss to Liverpool, and they once again look like this season could be a total failure.

West Ham are in fine form. They sit between the two Manchester clubs in 5th position, just a point off a very unexpected top four position. They also come into this game having won four matches in a row and not lost in six.

I’m not expecting too many goals in this one. Manchester United have been good at the back at Old Trafford, conceding just four in their last six home games in all competitions. Their attacking play has slumped back to it’s usual uninspiring self in the last couple of weeks too, so odds of 7/10 for Under 2.5 Goals look excellent value. I think West Ham could get something from Manchester United as well. They have already proved they can do the business away from home with famous wins over Manchester City, Arsenal, and Liverpool, so a 1-1 correct score prediction at 11/2 look good to me.

Alex Wrigley March 13, 2016 alex.wrigley@freesupertips.co.uk @Wrig90
Content Manager at Free Super Tips, Alex was born in the shadow of Old Trafford and is an avid Man Utd fan. After graduating from university he combined his love of football, writing and betting to join FST and now closely follows goings-on in all of the top European leagues.