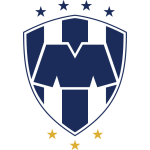 Reason For Monterrey vs Liverpool Predictions

Mexicans in for a tough night

While Liverpool made it to this competition thanks to their Champions League Final win in Madrid, Monterrey earned their place at the Fifa Club World Cup courtesy of winning the CONCACAF Champions League. They beat fellow Mexican side Tigres in a two-legged final.

Unlike Liverpool, who as Champions League winners go straight into the semi-finals, Monterrey have already played in Qatar. They beat Qatari side Al Sadd 3-2, a victory which set up this clash with the champions of Europe and, if the last few months are anything to go by, soon to be champions of England.

Against Al Sadd, Monterrey showed they’ve got quality in the final third, though their defensive efforts weren’t overly encouraging. If a side of Al Sadd’s quality to can hurt the Mexican’s defence, what are Liverpool going to do?

More of the same from Liverpool

The Reds will bid to be the first English side to win the Fifa Club World Cup in 11 years and they couldn’t be coming into the competition in better form. Jurgen Klopp’s men have been in imperious form of late, winning each of their last five and losing none of their last 19.

Liverpool’s recent scoring form has been particularly impressive. They’ve notched two or more in each of their last five, as well as in nine of their last 10. Given they’ve faced teams such as Man City during that time, it’s easy to feel Klopp’s men will have too much in the locker for Monterrey on Wednesday evening.

Liverpool too hot to handle

In all honesty, this isn’t the most appealing fixture from a betting point of view, though those looking to get involved can try ‘Liverpool to Score Over 2.5 Goals’. Monterrey tend to concede; they’ve kept just one clean sheet in their last five. Moreover, the fact they struggled to contain Al Sadd just a few days ago, conceding twice en route to a narrow win, doesn’t bode well ahead of a match against a side with such creativity and firepower. Meanwhile, let’s face it, Liverpool have notched three against better teams this season.

‘Correct Score’ players can try a 3-1 win for the English side, who for all their attacking quality have made a habit of conceding this season, shipping a single goal in six of their last 10. Monterrey have also made a habit of finding the net, scoring at least once in every game they’ve played since late September.

QPR
Free Bets & Offers
Sign Up To Our Email Newsletter