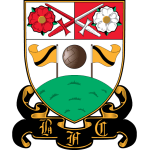 Notts County vs Barnet predictions for Saturday’s National League Playoff Semi-Final. Notts County have the home advantage over Barnet in the playoff semi-final but the visitors have that extra match fitness that could prove crucial this weekend. Read on for all our free predictions and betting tips.

Notts County haven’t played a competitive match since their 4-0 win at home to Eastleigh in mid-March but sat eight places and 9pts above Barnet before the season was interrupted. Barnet upset the odds to reach the Semi-Finals, beating Yeovil Town 2-0, and will be hoping that that extra competitive game under their belt will give them an edge over Saturday’s hosts.

Our prediction for both teams to score on Saturday is based upon the recent head to head matches between these two clubs and their performances at home and on the road this season. Four of the last six meetings between the pair have seen both teams score, as have four of Barnet’s last six outings in the National League. Both teams have also scored in 63% of the visitor’s away trips and 50% of the hosts’ home matches so far this season, so you can see just why we have backed goals to be scored at both ends of the pitch.

As for a final scoreline, we’re predicting a 2-1 win for Notts County who have only lost two of their last 16 league games. The hosts have won ten of their 20 home games in the National League while the visitors have lost six of their 19 matches on the road. County have won two of their last three home ages against Barnet but will be wary after losing at Meadow Lane 2-1 the last time these two sides clashed. The hosts score an average of 1.80 goals per home game and only concede an average of 0.80 goals, which ties in neatly with our prediction for a 2-1 home win this weekend.