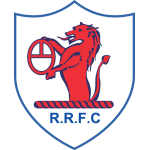 Partick Thistle have really struggled this season with their recent bad form seeing them fall to the very bottom of the Scottish Championship. They are fighting for their lives to avoid a second relegation in three years but have enjoyed a cup run that has taken them to the semi-finals.

Their season has been underlined by their poor defensive record with 45 goals conceded so far, a rate of 1.87 per game. They’ve lost 13 of their 24 league games so far but wins over Montrose, Connahs Quay and Stenhousemuir have seen them come to within the brink of the Challenge Cup Final.

A final appearance would cap of a superb Raith season; Can they make it?

Raith have had a great season, rising to the top of the Scottish League One and losing just four times in the league. They are currently unbeaten in six games and have enjoyed four wins in that time as they continue to lead the way, four points ahead of Falkirk at the moment.

There is sense that this could be a nearly season for the club though as that four point lead could be cut to one after Falkirk play their game in hand and their cup run could be cut short at the last hurdle if they fail to win this weekend. This is the first time they’ve encountered opposition from a higher league in the cup and they will need to raise their game accordingly.

Who celebrates this weekend and makes the final?

Whilst these two are in separate leagues there is only one place between them with Partick at the foot of one table and Raith leading the league below. With their current form, and league predicaments, in mind we think Raith will pull off a small cup upset and are backing them in the double chance market, meaning a win or draw brings home our prediction.

There evidently isn’t much between the teams though, as their league positions dictate and this could be a tight game with neither set of players wanting to make the mistake that costs them a place in the final. As a result, we’re predicting this one to finish 1-1 as the two sides play out a stalemate.