Poland vs Bosnia And Herzegovina Predictions 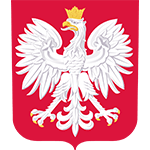 Poland v Bosnia and Herzegovina predictions ahead of this clash in the Nations League on Wednesday. Can Poland build on their goalless draw with Italy? Read on for our free betting tips and predictions.

Reason For Poland vs Bosnia And Herzegovina Predictions

In-form Poland can get better of Bosnia

Poland cruised past Finland 5-1 in a friendly last week before holding Italy to a goalless draw in the Nations League and they could prove too strong for Bosnia-Herzegovina.

Bosnia managed to take a point off Netherlands on Sunday but were thoroughly outplayed – seeing only 30 per cent possession and losing the shot count 15-6 – and they will be licking their wounds after having been knocked out of Euro qualifying by Northern Ireland last week.

For that reason we predict a Poland win in Wroclaw. The Poles prevailed 2-1 when these sides met back in September thanks to goals from Kamil Grosicki and Kamil Glik and on that occasion Bosnia had the advantage of playing in the familiar setting of Zenica.

This time around they will be playing away but we still think 2-1 looks a decent correct score selection given that three of Bosnia’s last four games have featured under 2.5 goals.