Open Portugal to be punished

Group F was blown wide open at the weekend, when a 4-2 victory for Germany over Portugal put all the pressure onto the holders. The Germans are expected to do enough in their final game to make the last 16, but Portugal need at least another point and they face tournament favourites France.

A dull display and a 0-0 draw would suit Portugal here – if you hadn’t watched the Portuguese at the weekend. Fernando Santos did build a solid side but their inability to deal with Germany’s waves of attacks suggests this side aren’t good enough to shut out the stars of the French forward line. Having seen the holders turn the ball into their own net twice, it’s hard to have faith in their defence.

However, Portugal are among the highest scoring sides at the tournament with five goals in only two matches. They come into this game having seen both teams score in four of their last six competitive games. We saw Hungary hurt France at this stadium at the weekend in a 1-1 draw and given the quality of the Portuguese forward line we expect the holders to get a goal. Both teams to score looks like the best value bet on this one, especially as the French have to attack this vulnerable Portuguese defence if they want to win the group.

France to bounce back

France may have dropped points to Hungary but they should be able to carve open Portugal this week. The French have won seven of their last nine matches and they know another victory will take them through as winners of Group F.

Portugal lost to France when the pair met in last year’s Nations League and we see the French claiming revenge for their Euro 2016 final defeat in this clash. The tournament favourites look too strong to be troubled by Portugal having seen the holders disappoint, so a 2-1 win for the world champions is our correct score prediction.

Portugal have been high scoring so far, but Ronaldo has scored three of their five goals at this tournament. The Juventus man continues to deliver in attack, but that’s largely because both club and country put all of their faith in him at the expense of their other attackers.

Ronaldo is both a burden for his country and a saviour, with his impressive displays in the opening two games giving them faith of a good showing this summer. The self-indulgent forward is just two strikes shy of matching the record for international goals by a player, while he’s well positioned in the golden boot chase. 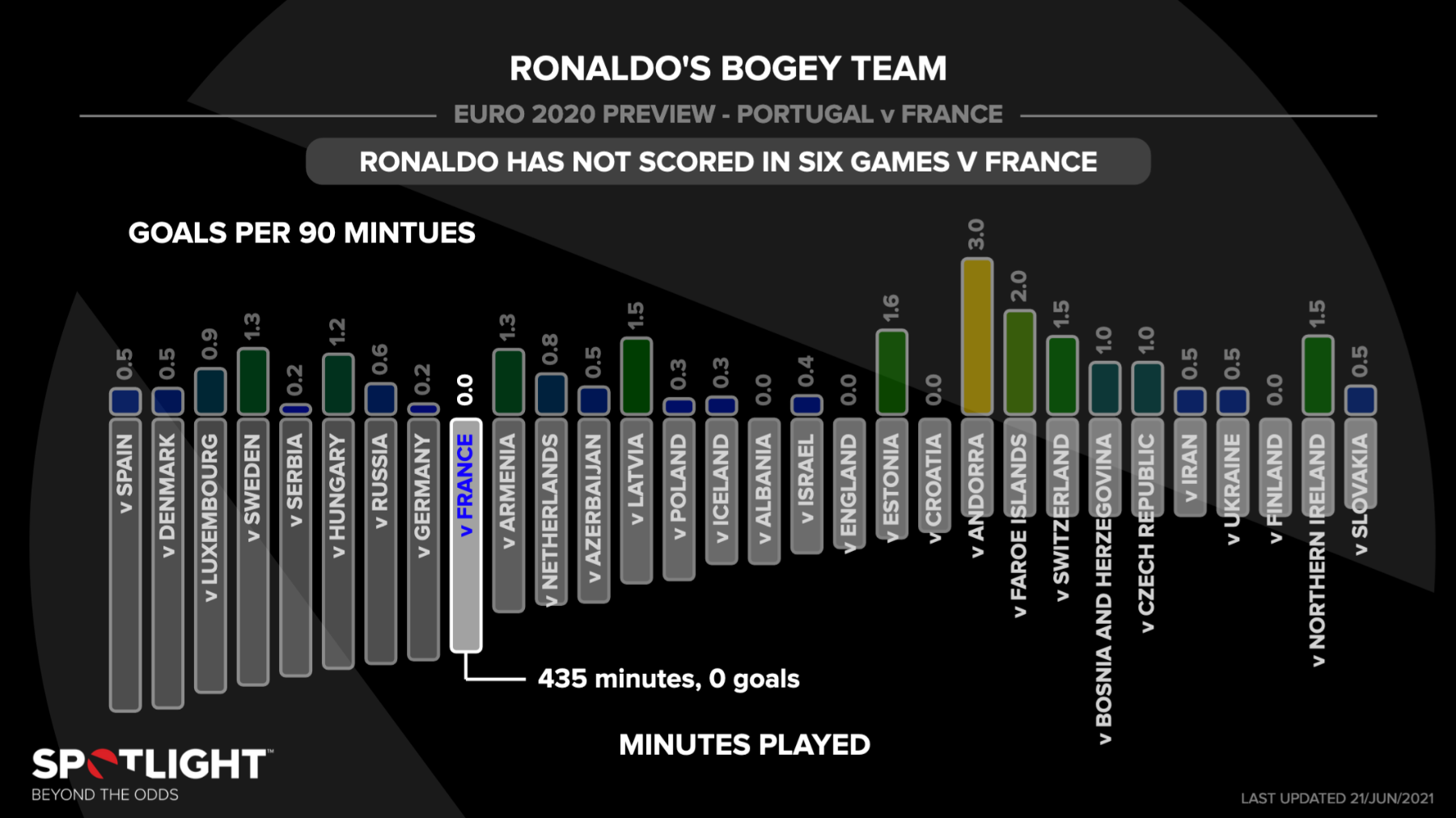 Ronaldo is yet to score against France, but we expect that to only motivate the talismanic forward further. He’s decent odds at around 2/1 and he’d be our anytime goalscorer tip for a Portuguese goalscorer. 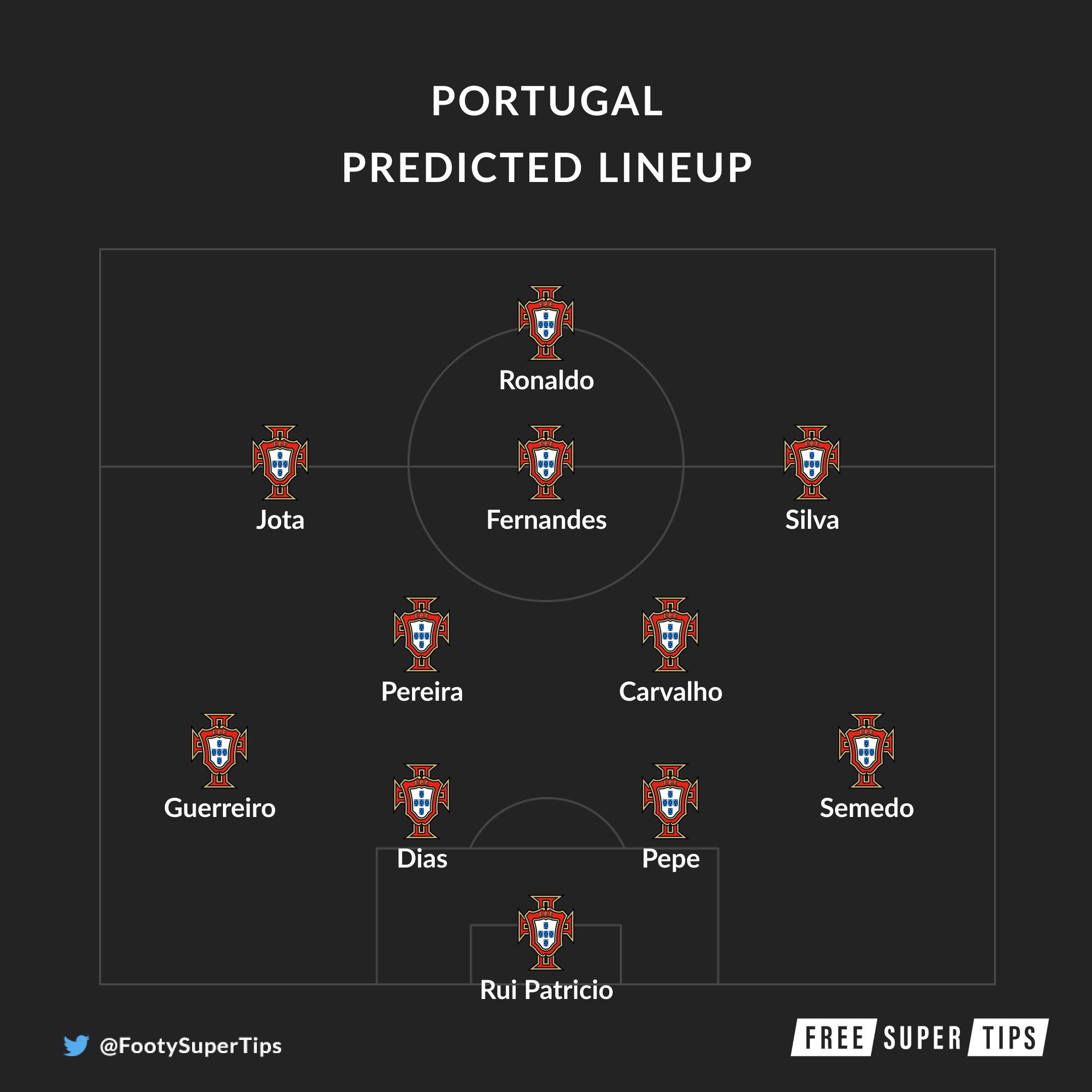 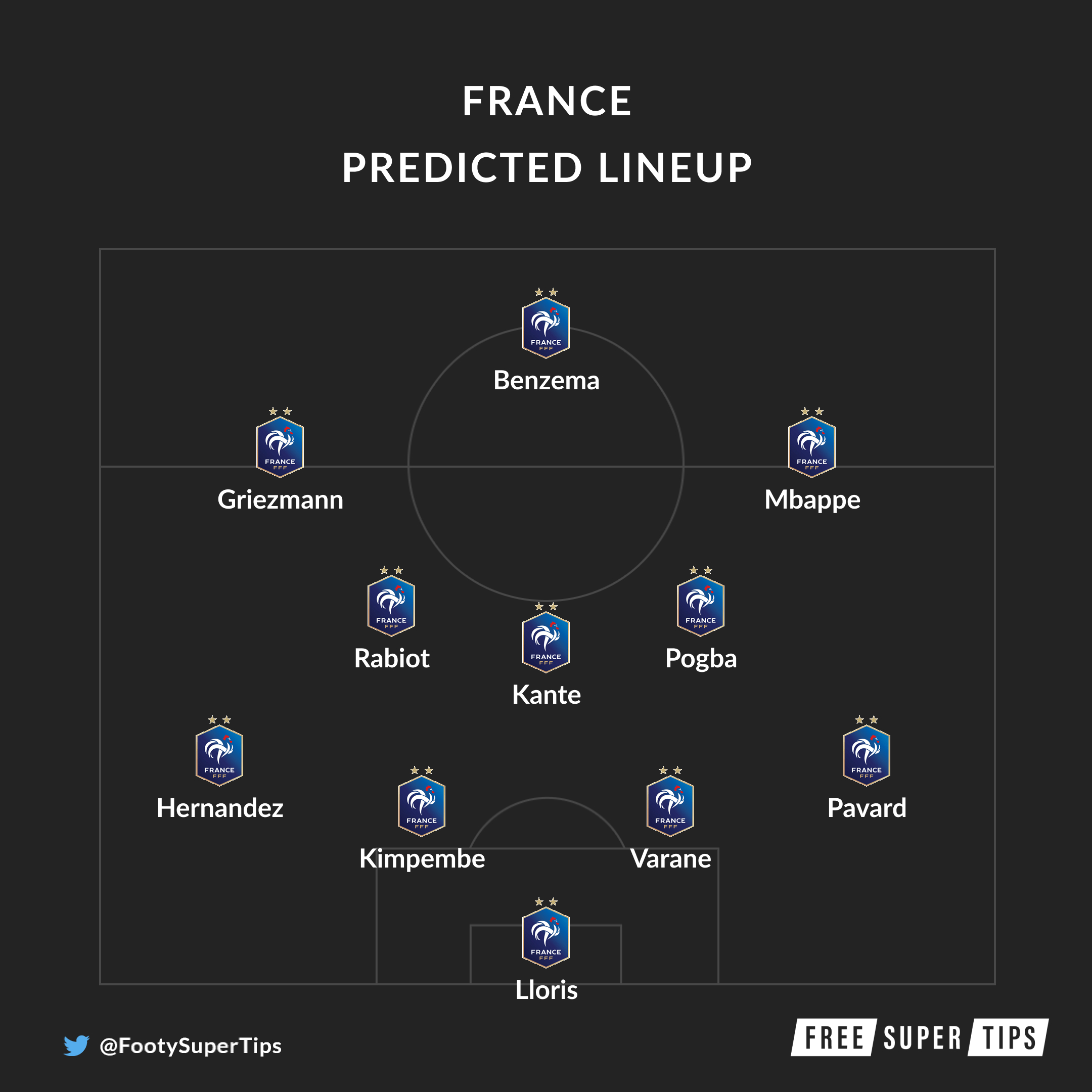