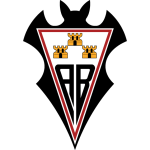 Real Zaragoza vs Albacete predictions for Monday’s Spanish Segunda Division fixture at the Estadio de la Romareda. Both teams are struggling for results and goals ahead of their clash in Aragon. Read on for all our free predictions and betting tips.

It hasn’t been the most explosive of starts to the new Segunda Division campaign for Real Zaragoza and Albacete, who have both limped out of the blocks with some uninspiring performances and results.

Real shared the spoils in each of their first two matches against Las Palmas and Alcorcon respectively, with the latter a 0-0 stalemate that produced achingly little in terms of excitement.

Albacete meanwhile picked up their first point and first goal of the season last time out in a 1-1 draw at home to Real Oviedo, and somewhat unsurprisingly, under 2.5 goals were registered in 75% of their four Segunda fixtures so far.

With both teams looking short on attacking thrust ahead of their meeting on Monday, we recommend the under 2.5 goals market as your first port of call, while our correct score prediction points towards a 1-0 Zaragoza victory.

Los Maños watched Albacete slip to a 1-0 reverse at Fuenlabrada in their last away test and manager Rubén Baraja will hope to mastermind a similar triumph for his team this week.

Simon Winter October 12, 2020 simon.winter@freesupertips.co.uk @simonjwinter
Born in the south east of Ireland, Simon put his life-long love of football to good use when he started a successful independent blog in 2010. That opened up an alternative route to a career in journalism, and having had work published across a number of sites and publications, Simon joined the staff at Spotlight Sports Group in 2018.