4/1 and £100 in free bets for new Betfair customers who sign up today!

It has been a tenacious campaign from Republic of Ireland. They looked likely to become a fourth wheel at one stage, but a difficult stretch of games, where they earned draws against the other three top teams have kept them in it. Still, their last two matches come against Germany and Poland, and they need to win at least one, if not both of those games. They also need at least one result to go their way.

The main doubt on Republic of Ireland is their goal-scoring ability. The Robbie Keane era is fading away and 14 of their 17 qualifying goals have come against Gibraltar or Georgia. In their other four matches, they have just three goals.

Their task on Thursday won’t be easy as they play a German side that has caught fire after a slow start to group play. They were held at home 1-1 by Rep of Ireland and will be looking to keep up their goal-scoring form, led by Thomas Muller, when they arrive on Thursday. They’ve scored six goals in their last two group games and if the form of main player providers Bayern Munich and Borussia Dortmund is anything to go by, this side’s players are in good rhythm.

There’s just too much talent in this squad and they’ll be motivated to finish top of this group. They’ll be eyeing up the 2016 Euro Championships as a serious opportunity and a win combined with a Polish loss or draw would lock up qualification in first place.

2. Unconvinced by Ireland against the best

Betting on a German win is the best way to go in this instance. The odds are long enough to provide a good return on a large stake, while we don’t like betting against goals when Germany are playing, we also wonder if Ireland will be able to keep this game relatively sedate. 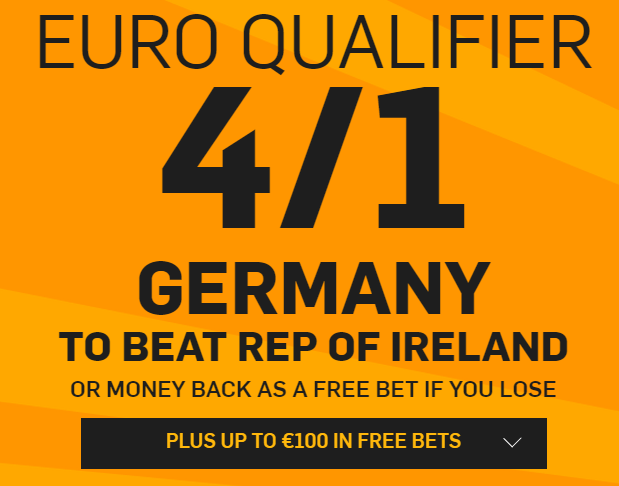