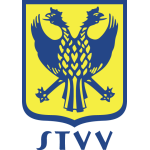 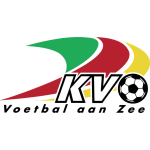 Reason For Sint-Truidense vs Oostende Predictions

Sint-Truidense began the 2020/21 Belgian First Division A campaign in emphatic fashion as they shocked Gent with a 2-1 victory, but last season’s 12th place finishers reverted to their old ways last week as they slumped to a 3-1 defeat at Anderlecht.

Despite this, they will feel confident about picking up some more points on Monday. They may have won just one of their last six league games, but at home they have won three of their last five and they’re facing an Oostende outfit who look atrocious.

The visitors have lost both their opening two games to make it seven league games without a win, six of which have ended in defeat. In fact, they have lost ten of their last 12 First Division A games, and things get even worse when they’re on their travels.

Oostende haven’t won an away game in the First Division A since July 2019, losing 13 of their 14 attempts since including each of their last 12. They have lost each of their last six trips to Sint-Truidense, so backing a home win looks very good value here.

Oostende have, however, managed to score in four of their last five league games and face a Sint-Truidense side that have conceded in each of their last four at home. Oostende’s season opener saw them lose 2-1 at Beerschot, and with Sint-Truidense beating Gent 2-1 in their opener we think that’s a good choice for a correct score prediction.