Not many people expected this start to the season from The Saints. Last season they were tipped for relegation after losing a host of their key players, but they pulled off a miracle and had a fantastic season.

The same has happened this transfer window, with Clyne, Schneiderlin, and Alderweireld all leaving. Add injuries to Clasie, Forster, Gardos, and Bertrand to the mix and they are a severely depleted side.

But their 1-0 second leg loss to Midtjylland in midweek sent them crashing out of the Europa League before it even began properly. This makes it 3 draws and 2 losses in their last 5 matches.

This past week has just topped a disappointing start off. They played the dullest game of the season so far when they drew 0-0 with Watford last weekend and then failed to break down the Danish underdogs in midweek.

Norwich, on the other hand, have had an excellent start to the season considering they are a newly promoted team who got to the Premier League through the playoffs.

They were unlucky to lose 3-1 to Crystal Palace in their opening game of the season, but made up for this with their own 3-1 win over Sunderland. They then fought to a draw at home to Stoke, and progressed to the 3rd round of the Capital One Cup with a 2-1 win over Rotherham.

Kyle Lafferty and Youssouf Mulumbu are still missing through injury, but we don’t think these absences will stop Norwich taking a point of more at St Mary’s. Odds of 1.875 for a Norwich +0.5 Asian Handicap Win are excellent value. 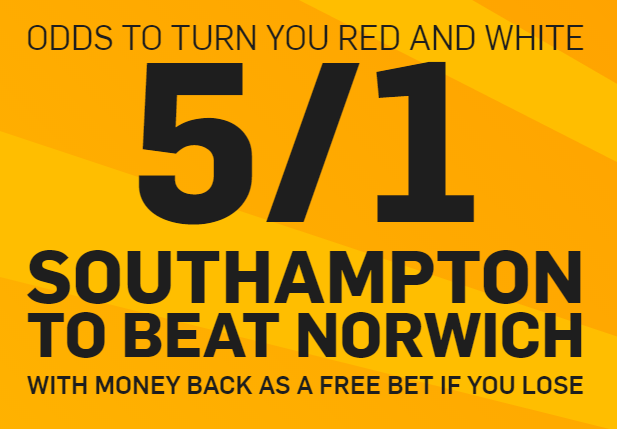