It’s a clash at the top of the group, but there are some doubts about how much of a climax it actually is. Can Slovakia really challenge a Spanish side that has gained momentum? Can the Eastern Europeans defend their 100% record or their unbeaten record on Spanish soil?

Spain went crashing out of the 2014 World Cup, a dominant era seemingly ended. Spanish football has definitely recovered, even an early 2-1 away loss in Slovakia hasn’t stopped this team winning four straight, mostly in convincing fashion and they rightfully start this game as major favourites. Spain still arguably lack a clear out and out goal-scorer and it hampers them at times. They’ve beaten Ukraine and Belarus just 1-0 in each of their last two games despite dominating the flow of play entirely. That problem can be costly against an organised side with a plan like Slovakia.

Euro 2016 qualification isn’t guaranteed for Slovakia, but it is now just a formality. A recent friendly win over Czech Republic suggests that this campaign is not a fluke and they won’t be afraid of Saturday night’s opponent. They’ll put together a similar formation for this game, three deep along centre midfield clogging up Spain’s creative space.

This team is a good football team. They won’t be deterred from their approach and a long as they avoid conceding early goals, they will stay in this game and keep it relatively close, perhaps even cause another shock.

They’re a high quality side, but can you prove to us that Spain is capable of scoring lots of goals against a good side? We don’t see this becoming a blowout because that’s not the way Spain are wired.

3. The importance of the game

For both sides, this could be a slightly tight and tense game, they can each just about lock down a spot in the top two of the group, or move closer to emerging as group winners. For that reasons we don’t expect it to be a wide open match-up. 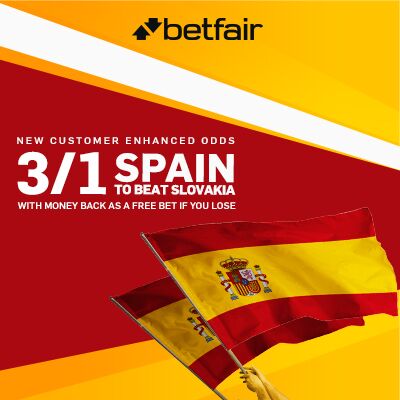