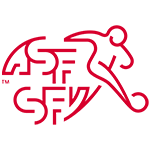 Reason For Switzerland vs Ukraine Predictions

Switzerland can knock Ukraine into bottom spot in Luzern this Tuesday and we should expect a decent showing from the hosts after their 1-1 draw against Spain at the weekend.

Vladimir Petkovic’s side are without a win in seven and are still seeking their first victory in this year’s Nations League after three draws and two defeats from five, although their recent performances have arguably merited more.

They were cruelly pegged back in the 89th minute by the Spaniards on Saturday and played their part in a 3-3 thriller against Germany two starts ago.

While they currently sit in fourth place and three points behind Ukraine, they can displace their opponents with a victory here to force Andriy Shevchenko and his side into the Promotion / Relegation Play-Offs.

And success for the Swiss is what we’re tipping up for this Tuesday’s action, as Ukraine have been extremely poor of late. They’ve lost five of their last six internationals overall and suffered four straight beatings on their travels for a 16-2 aggregate score.

The Swiss should have too much nous for them on their own turf and they have the greater motivation for this one. However, the hosts have failed to keep a clean sheet in eight, so that’s factored into our 2-1 correct score prediction.