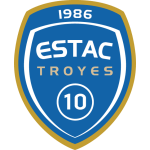 Troyes vs Le Havre predictions for Monday’s French Ligue 2 clash. Troyes go on the hunt for promotion from Ligue 2 again when they start their campaign against Le Havre on Monday. Read on for all our free predictions and betting tips.

It was too little, too late for Troyes last season as they missed out on promotion to the top flight by just two points. Of course, the cut short season meant they didn’t have the opportunity for a proper promotion run-in, but four victories and a draw from their final five games put them on the brink of going up.

That’s exactly what they’ll be aiming for this season, and they have a great opportunity to start their season with a win on Monday. Not only can they look back on that excellent run before the season was ended prematurely, but they can remind themselves that they have won six of their last nine Ligue 2 home games.

Le Havre are by no means a bad side. The visitors finished 6th in the table last term and won their last two games, but prior to that they endured a five match winless streak and their performances away from home were especially worrying.

They won just three of their final ten trips away, losing on four occasions. While the start of the season is an unpredictable beast, we think the odds for a Troyes win look very appealing given the way they ended last season.

Two of Le Havre’s last four away defeats have been by a 2-0 scoreline, while Troyes won to nil in three of their final eight home games, so we’re also opting for a 2-0 correct score prediction on Monday.