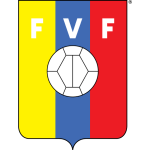 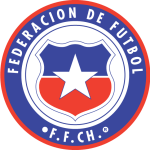 Venezuela vs Chile predictions for Tuesday’s World Cup qualification tussle. Winless Venezuela and Chile battle it out for three crucial points in this South American qualifier. Read on for all our free predictions and betting tips.

Reason For Venezuela vs Chile Predictions

Chile on the rise

Reinaldo Rueda’s Chile finally kicked their World Cup qualification campaign into gear on Friday with their first group victory at Peru’s expense, following a comfortable 2-0 triumph that was secured through a first half Arturo Vidal brace.

Despite their inconsistent start to the South American qualification section, La Roja are now just three points off Argentina in second spot, and Chile look favourites to maintain their momentum in Venezuela this week.

With three defeats in three fixtures so far, and not a single goal scored, La Vinotinto’s World Cup 2022 aspirations already look dampened, though narrow 1-0 losses to Paraguay and Brazil in their most recent two outings suggested Richard Paez’s troops aren’t prepared to lie down just yet.

We expect Venezuela to make Chile work hard for a result in Caracas on Tuesday, and recent evidence hints that goals might be thin on the ground. Having seen under 2.5 goals hit the net in each of their last two assignments, the same market appeals for the Venezuelans’ clash with Chile, while our correct score prediction backs the visitors to eke out a 1-0 win.

Buoyed by their win and clean sheet against Peru last week, Chile should be able force a repeat result against a Venezuelan outfit that have yet to get off the mark. The hosts shipped just a single goal in each of their last two qualifiers however, and La Roja might have to settle for a narrow-margin victory at the Estadio Olímpico de la UCV.