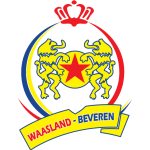 Waasland-Beveren picked up an away win at Kortrijk to kick off the season, but they are back home after a dreadful time here last term. The hosts had the league’s worst home record last term, losing nine of their 14 matches at their own ground.

We expect Standard to take advantage, as they head into this one following their own opening weekend win. Meanwhile, Waasland-Beveren have lost seven of their last eight league games. That run includes a poor finish to last season which saw them lose each of their final three home games.

The visitors look to be in a good position to take advantage, although they have conceded in each of their last 13 away matches in the league. Following that run, we’re backing a 2-1 away win as our correct score prediction, while we’re backing Standard to take the points.