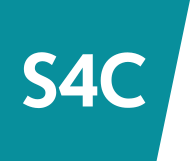 Wales vs USA predictions for Thursday’s International Friendly at the Liberty Stadium. Can Wales get their week off to inning start against the Stars and Stripes? Read on for all our free match predictions and betting tips.

Reason For Wales vs USA Predictions

Wales to Edge Out Americans

Wales can enhance their strong recent form when they play host to USA at the Liberty Stadium this week.

Aside from their 3-0 defeat to England at Wembley last month, it’s been a fine 12 months or so for the Dragons who have won seven and drawn three of their last 11 internationals.

That run has seen Ryan Giggs’ side book their spot at Euro 2020, while they also top Nations League Group B4 ahead of their remaining fixtures against Finland and the Republic of Ireland later in this international break.

Wales will be without Giggs for Thursday night’s action due to off the field matters and Aaron Ramsey who has pulled out due to injury, but they can still bag a victory against a USA side who don’t tend to produce their best away from home.

Gregg Berhalter’s side have won just three and lost six of their last dozen travelling assignments – and those wins came against weak opposition in the shape of Cuba, Jamaica and Panama. It’s also notable that this will be the first overseas trip for the Stars and Stripes in almost a year.

The visitors have a poor recent record against the Home Nations (W1, D3, L3) and we’re backing Wales to grind out another result here to make it seven wins from eight on home soil.  Five of Wales’ last six home successes have been secured via a one goal margin, so we’re also forecasting a 1-0 score-line.