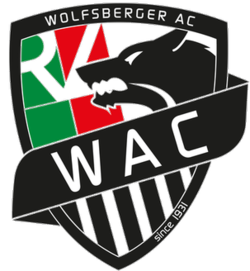 Wolfsberger vs LASK Linz predictions for Sunday’s match in the Austrian Bundesliga. LASK look to maintain their 100% record on the road when they take on Wolfsburger on Sunday. Read on for all our free predictions and betting tips.

Wolfsberger claimed a narrow 2-1 win away at Sturm Graz to keep the pressure on Salzburg at the top of the table, while LASK suffered a disappointing 2-1 defeat at home to Hartberg and in the process were leapfrogged by Sunday’s hosts.

However, LASK have been tremendous on their travels this season where they have won all 11 Bundesliga matches, averaging almost twice as many points away from home as Wolfsberger average in their own backyard. The visitors score an average of 2.09 goals per away game which is why we have backed LASK to find the back of the net twice this weekend, but both teams have scored in 45% of Wolfsberger’s home matches and we have backed the hosts to score on Sunday.

LASK have only conceded five goals on the road, scoring an impressive 23 times, so it’s difficult to imagine the visitors conceding anymore than one goal on Sunday. Wolfsberger have only failed to score in 18% of their home games though and 74% of the hosts’ matches have produced over 2.5 goals, which ties in perfectly with our prediction for a 2-1 final scoreline in LASK’s favour.

The visitors might not be the form favourites heading into this weekends’ clash but that immense away record makes it almost impossible to bet against them on Sunday, where a win would see the two clubs swap places in the Bundesliga yet again.