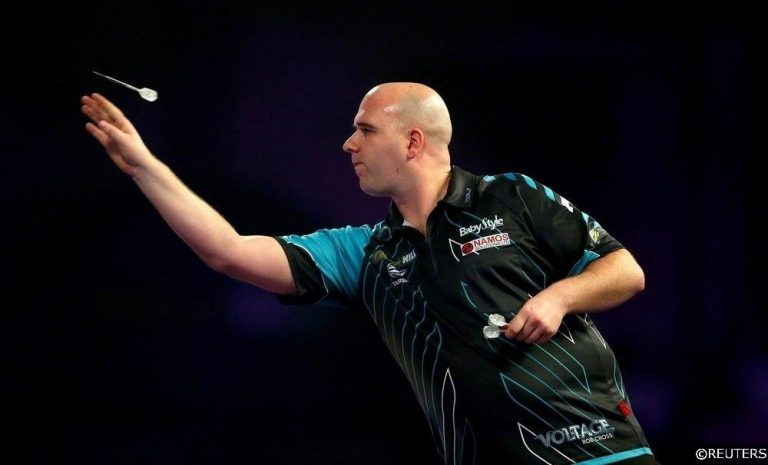 The winners in November keep on coming here at FST. Our latest success came at the Grand Slam of Darts from Wolverhampton, here’s how our 10/1 winner went down.

A great way to end the night!

The first leg of the accumulator featured a match between Gerwyn Price and Josh Payne. Price had been playing well recently, and we fancied the Welshman to overcome a -3.5 leg handicap and progress to the quarter-finals. Things didn’t look to be going well when Payne broke Price’s throw to take a 3-2 lead early in the encounter. However, the enigmatic Welshman broke straight back thanks to a double-top finish and a 13-dart leg. With the next four legs going with throw the players went into the break with the match finely poised at 5-5. We needed Price to come out after the break all guns blazing, and he didn’t disappoint, winning the next five legs on the spin and winning the match 10-5.

The second leg saw Rob Cross take on Mensur Suljovic, and with neither player really standing out in recent weeks we fancied this match to be a close one, with over 16.5 legs our selection. It was Suljovic who started the stronger of the two, he broke the Cross throw twice and took a 5-1 lead early in the contest. We needed the World Champion to fight back, and some decent scoring from Cross saw him get the match back to 5-4. The game ebbed and flowed for the next few legs with neither player able to gain complete control, and when the scoreline was 8-7 in Suljovic’s favour, we knew our bet had landed. Suljovic went on to win the game 10-7, and will now play Dimitri van den Bergh in the quarter-finals.

The final leg of our accumulator was a match between Peter Wright and Simon Whitlock. ‘Snakebite’ was a strong favourite for the match, but Whitlock had been showing better form in the last few weeks so we sided with the Australian at odds of around 7/4. The game got off to a steady start with the first five legs all going with throw, before Whitlock took out double-16 in the sixth to get a crucial break of throw and lead 4-2. Both players held their throw for the next five legs, but with the score at 7-4 to Whitlock, Wright failed to take out 32 to reduce his deficit to two legs. Whitlock stepped up to take out 65, which he did with two clinical darts. At 8-4 the game looked to be over, but Wright fought back and won the next two legs reducing his deficit to 8-6. However, Whitlock was not to be denied a quarter-final spot, he held throw with a solid 15 dart leg, and then broke Wright once more to wrap up a deserved 10-6 victory and complete our 10/1 accumulator win.

We have Darts accumulators for all the big events so make sure you bookmark our Darts Tips page as we head towards the World Championships.