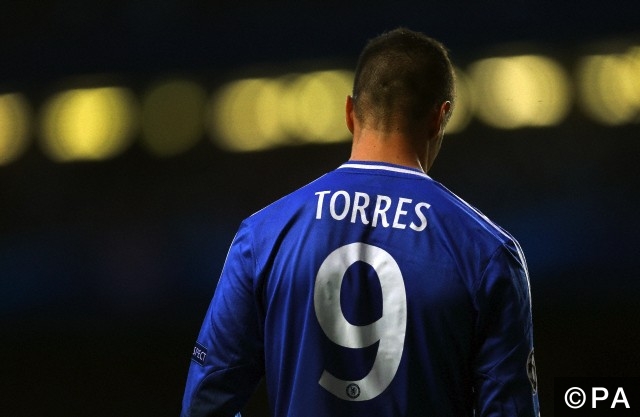 A famous flop at Man United, Villa fans were not particularly enthusiastic when the Cameroonian midfielder was signed for £1.5 million by David O’Leary. Djemba-Djemba was very fortunate that an unbelievable two-footed lunge on his debut at Villa Park went unpunished, but things did not get much better. In two years in Birmingham he only managed 11 Premier League appearances, struggling to break into the team ahead of Gavin McCann.

With the benefit of hindsight it is surely Jose Mourinho’s fault that Juan Cuadrado, signed for £23.3 million from Fiorentina, was a flop at Stamford Bridge. He only made 15 appearances in a Chelsea shirt last season amassing just 338 Premier League minutes – and yet was allowed to leave for Juventus despite clearly not having been given enough time to adapt to a new division. Cuadrado has been magnificent for Juventus this season as he was for Fiorentina the year before; one can only assume that Guus Hiddink is disappointed the Colombian was the victim of Mourinho’s temper.

This was a transfer that came three years too late for Aston Villa. In the Martin O’Neill era Villa were one goalscorer away from being a top four contender, and Bent’s limited skills (aside from poaching goals he could do little else) would be perfectly suited to the old-fashioned, wing-focused and direct style employed by O’Neill. For £24 million, his return of 25 goals in 72 appearances was certainly not good enough; it was the last ambitious signing of the Randy Lerner era, but sadly it came at the wrong time.

The Germany under-20 international Savio was seen by many as the beginning of a new era for West Ham. With Gianfranco Zola at the helm and an Italian director on board, the Hammers were hoping to establish themselves as a force in the Premier League. Signed for £9 million from Brescia, Savio was clearly a talented player but too timid and weak on the ball to adapt quickly to the English game. He started only one game (11 appearances in total) before being sold six months later.

Though often astute when signing young players, towards the end of his career Alex Ferguson made plenty of mistakes when recruiting teenagers for the future. Wilfried Zaha had looked impressive at Crystal Palace, but only as a quick young winger with above average dribbling skills. Nevertheless, this was enough for Man United to fork out £10 million in January 2013. He managed just four appearances whilst at Old Trafford, failing to make a single league start or score a goal in that time. Now back at Palace, it is clear that his talents were exaggerated and it is unlikely he will rise to such heights again.

Harry Redknapp has never been famous for his intricate knowledge of world football, and one could be forgiven for assuming that the then QPR manager paid £12.5 million for Chris Samba based on his Championship Manager fame. Samba had struggled towards the end of his Blackburn career, but was signed from Anzhi Machachkala to save them from relegation. On enormous wages at a club deep in financial trouble, it was a reckless acquisition: QPR still went down, and Samba moved back to Russia after just six months in England.

Desperate to remain in the Premier League, struggling Fulham spent a club record fee of £12 million to bring Konstantinos Mitroglou to Craven Cottage. The striker had scored 66 goals in 137 games since moving to Greece in 2007, but he could not adapt to life in England – or save Fulham from relegation that season. He made only three appearances for the club in a bizarre six month spell that could hardly have been more disastrous. Mitroglou was loaned back to Olympiakos in the summer, where he re-found his goalscoring touch.

After scoring 45 goals in 39 games Afonso Alves sealed a move to Middlesbrough for £12.7 million in January 2008. As the most expensive signing in the club’s history the pressure on him to succeed was too great, and Alves became famous for his long dry spells and poor performances. He scored a hat-trick on the final day of the 2007-08 season against Man City, but this proved to be a false dawn. He scored 13 goals in 49 appearances for the club before leaving for Qatar.

It seems strange to think now, but Chelsea’s £50 million acquisition of Fernando Torres from Liverpool in January 2011 did not seem particularly extraordinary at the time. Clearly desperation inflated the fee on deadline day, but Torres was largely expected to succeed after a remarkable few years at Anfield. Instead, the Spaniard looked hopelessly out of his depth, clearly struggling for pace after a series of career-defining injuries. After initially taking 14 matches to hit the back of the net in a Chelsea shirt, Torres made 172 appearances and scored 46 goals – that’s just over one million pounds a goal.

Andy Carroll’s £35 million transfer to Liverpool on deadline day in January 2011 was a fitting symbol of Kenny Dalglish’s ill-fated second tenure at Anfield. A big, strong centre-forward in the Alan Shearer mould, Carroll was a player who, like Dalglish, would thrive in the 80s and 90s but is clearly unsuited to the modern game. Newcastle had been open to selling Carroll for just £1 million 12 months previously, and somehow convinced Liverpool to double their initial offer in the dying hours of January 31st. Carroll’s big moments were few and far between, but Liverpool fans will remember his FA Cup semi-final winner against Everton as the only particularly fond memory of his time at the club. He scored 11 goals in 58 games before moving to West Ham on loan after just 18 months in the North West.

Having a bet today? Check our our football accumulator tips for your chance to win big!