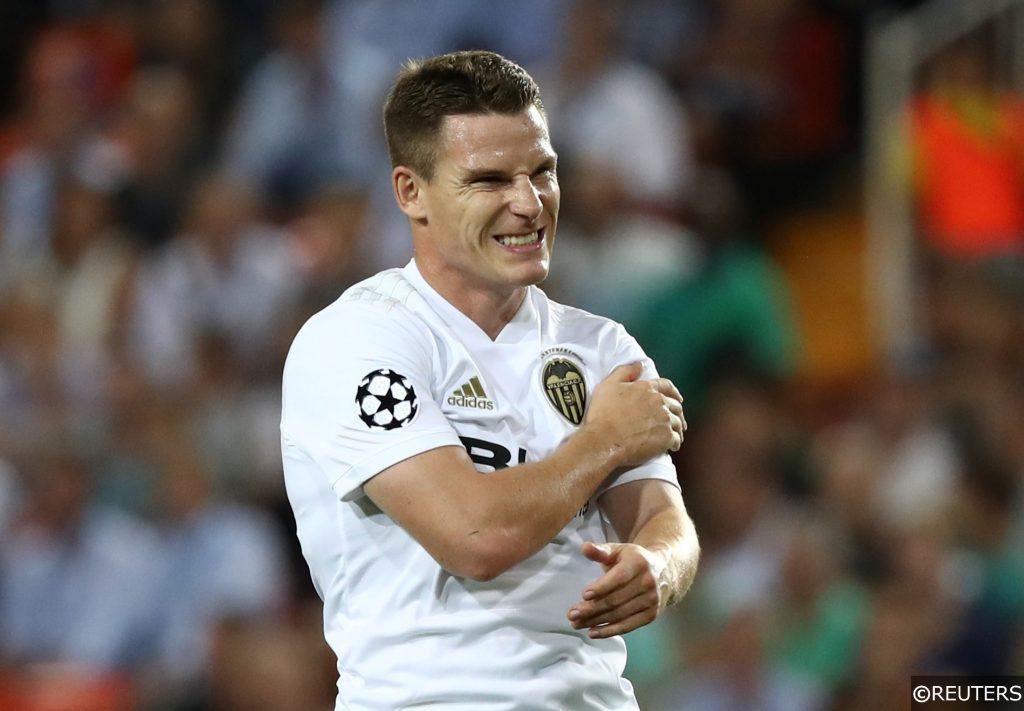 The last couple of days have been very productive here at FST!

Our Football tipsters have managed to land three accumulators over the last two days.

We made a winning start to our “Match Goals Accumulator” in the Burton vs Bolton game. It took the two teams only 38 mins to score 3 goals in this one and we were off!

Blackpool vs Tranmere was the 2nd game in our Acca, it was 2-0 to the visitors after the first 45 mins of play. Just 13 mins into the 2nd half the home team found the breakthrough and scored the goal we needed for our tip to land!

It was a real goal fest in the 3rd game of our Acca, the game between Stirling and Cove Rangers finished 1-7, our tipping was never in doubt with this one.

And finally we turned to the Champions League for the final game of the Acca. A total of 7 goals were scored in this one and we needed just 43 mins for our tip to land… in the end Atalanta won 4-3 and we landed our 11/1 Acca!

All Teams To Score 2nd Half:

We backed 5 teams at half time during Tuesday’s EFL games to fine the net.

First to do it was Blackpool, just 13 mins into the 2nd half. Unfortunately for them they lost the game 2-1 to Tranmere, but got us a valuable goal.

Just a minute later Notts County did the same as they completed their comeback against Aldershot. They won the game 3-1 after scoring another goal later on.

Dagenham & Red. scored their goal in the 80th minute against AFC Flyde. Sadly it wasn’t enough for them as they conceded in the 90th minute and lost, but we were down to one final team in our Acca.

And that final team was Woking at home against Barnet. With the scoreline being 2-0 to the away team, Woking didn’t have much to lose and pushed for a late goal. They were able to do it in the 85th minute through J. Cook and it was the goal that landed our 2nd Accumulator of the night!!

Not massive but a third winner in two days… 👍

Originally a 4-fold, our Wednesday Acca got trimmed down to just 3 games after Manchester City vs Arsenal was postponed.

St. Mirren managed to beat Hearts 1-0 in a match that saw only 4 shots on target combined from the two teams.

We also backed PSG and Liverpool to win in the Champions League.

PSG had the best of Borussia Dortmund in a game that was played behind closed doors due to the coronavirus outbreak. Goals from Neymar and Bernat in the 1st half were enough as PSG advanced 3-2 on aggregate.

Liverpool got the job done in regulation against Atletico Madrid after a 43rd minute goal from Wijnaldum. Sadly for Liverpool fans it wasn’t enough as they lost 3-2 to Atletico after Extra Time, but the win in regulation landed our 3rd Acca in two days!

Don’t worry if you missed out on Sunday’s winner, there’ll be plenty of other opportunities to land a winner. We strive to bring you the very best daily football betting tips from around the world, and you can follow along by bookmarking our FOOTBALL PREDICTIONS page.