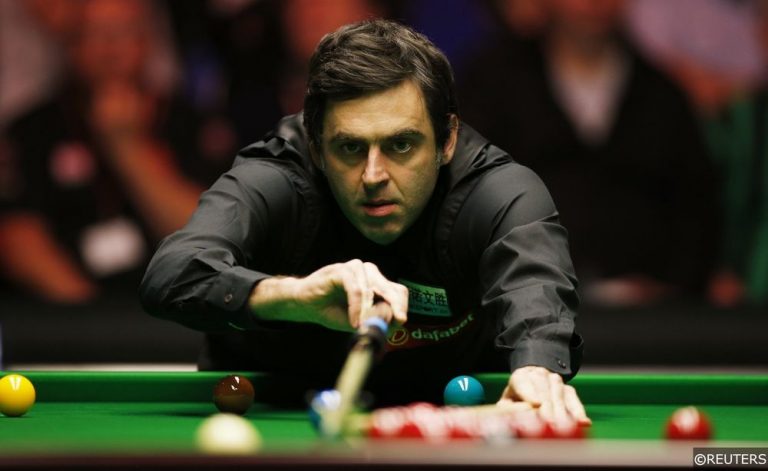 Our snooker analyst has continued his great form this year with an 11/4 outright winner on the 2019 Tour Championship. Ronnie O’Sullivan continued to show why he is one of the greatest sportsman of all time by once again delivering some great performances which saw him overcome Robertson in the final to win another Championship!

Our 11/4 prediction in Ronnie O’Sullivan is just one win away from winning the Tour Championship!

An absolutely brilliant game of snooker against Judd Trump.

O’Sullivan 9-3 Bingham
‘The Rocket’ started the quarter final by knocking in his 1001st career century to take the lead. Bingham missed a couple of chances in the next frame and it was O’Sullivan with a 54 break who capitalised to extend his lead to 2-0. Bingham managed to level the scoreboard by taking the next two frames with breaks of 55 & 90. O’Sullivan stepped it up after the interval to take all four frames and a 6-2 lead into the final session, looking almost effortless as he scored breaks of 113,121 & 89. Upon resumption the action slowed down somewhat but the match continued in one direction with O’Sullivan extending his lead to 8-2 with one frame lasting 49 minutes !. Bingham didn’t give up and won the next with a 58 break but it was too little too late and the match was finished off in the next.

O’Sullivan 10-9 Trump
This contest looked all set up to be a classic with their head-to-head record standing at 12-12 and with Trump winning their last two matches, both in finals this season. Trump threatened to make it look as comfortable as the Masters final, opening up a 6-2 lead over the 5 times world champion. Trump won frames 1,3,4,5,7 and 8 with breaks of 54,66,69 & 50 and O’Sullivan won frames 2 and 6 with breaks of 64 & 100. ‘The Rocket’ needed a fast start in the second session and go one by to reducing the deficit to 6-4 by hitting breaks of 82 & 50. The next two frames were shared leaving the match well poised with Trump 7-5 ahead. It was also the young pretender that extended his lead to 8-5 by winning another close frame. As if almost inspired by this O’Sullivan replied with 130 & 134 breaks in the next two and also won a close frame 16 to level the match at 8-8. The pair shared the next couple with Trump’s 61 break being the highlight and the match was set for a decider. It was O’Sullivan who made the first error missing a long pot, allowing Trump in to build up a lead with a 50 break before missing a long red himself. It didn’t take long before another chance fell Trump’s way as O’Sullivan fouled with his waistcoat apparently touching the yellow ball during his shot. He was not punished and an error from Trump allowed O’Sullivan straight back in. He managed to narrow the lead before missing a tricky shot down the cushion rail with the rest on the final red. The drama was not over though as Trump over-powered and missed the yellow ball which would have left his opponent needing a snooker. It was O’Sullivan who kept his nerve to clear the remaining colours and take the match on the final black.

O’Sullivan 13-11 Robertson
So in a repeat of the previous ranking event final these two heavyweights of the game once again prepared to do battle. This time Robertson getting off to a flying start winning the first two frames with a 50 break in the second. O’Sullivan’s reply was strong winning 5 on a row himself with breaks of 74,97,71 & 67 before Robertson took the final frame of the session to close the gap to 5-3 overnight. The pair shared the next six frames to take the scoreline to 8-6 with each player hitting a century and 89 break from O’Sullivan in frame 14. The final two games of the session seen the Australian have a 61 break in frame 15 and also go onto win the other to level the match at 8-8. Now with the final effectively a best of 9 for the title a fast start looked important and it was O’Sullivan who delivered with his highest break of the match 129 to go ahead. It wasn’t for long though as Robertson fought back and the pair exchanged frames as the scoreboard ticked over to 10-10. However unlike the start of the match Robertson just couldn’t regain the lead as O’Sullivan edged back in front by two frames with a 55 break to make 12-10. Robertson did take the next with a 56 break to keep the possibility of another final frame shoot-out alive but his hopes were soon dashed as ‘The Rocket’ clinically closed out the match with an 89 break in the final frame to win his record equalling 36th ranking title, tying him with snooker great Stephen Hendry.