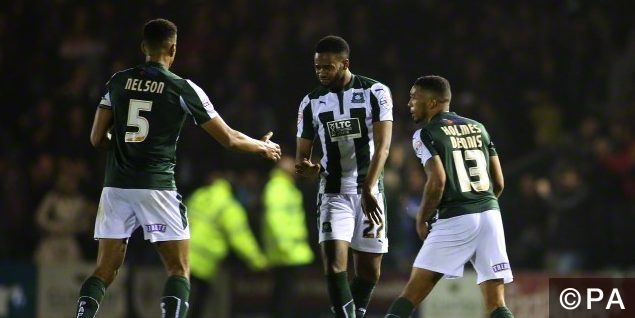 Our 1st Win Acca landed on Saturday during the 3pm matches in England. We had a 21/1 5-fold set up ready for the taking on Friday night. This was our 5th acca winner in September already. As always, we provide our weekend tips the night before, so on Friday night our followers would have seen the early value tips we had ready for Saturday’s action.

Saturday’s 5-fold had 4 wins and 1 “Draw No Bet” selection. All games kicked off at 3pm. This is how the tip unfolded:

Our first selection was Sheffield Wednesday to win. After Will Grigg put Wigan 1-0 up inside 5mins, we thought it may be doom and gloom for Wednesday, but with 85mins on the clock, we kept the faith and Sheff Weds turned things round. They went in at half time level after equalising and at full time had won the game 2-1 with a goal just after the hour mark. Game ended 2-1 Wednesday.

By half time of our 3rd pick, the full time result had been settled. No goals in the 2nd half of the Gillingham vs Bradford match saw the game finish 1-1. We would have liked a Bradford win here to give us full returns if the acca won. With the “Draw no bet” market, a win would have seen full returns. The only thing we could not afford was a Bradford loss. Therefore, the 1-1 result meant this leg was void or a “push”, allowing us to continue with a 4-fold at reduced odds of 11/1.

Another win selection we had was Plymouth to beat Cambridge United. Plymouth were flying for much of the game. They took an early lead in the 9th minute, then going 2-0 up on the hour mark. They switched off in the last 20mins after doubling their advantage, and Cambridge Utd slipped in to find the net. That was not enough for the visitors, as the Green Army held on to take all 3 points and seal a 2-1 victory.

The most exciting game for goals was down on the south coast. Portsmouth hosted Wycombe and what a game it was! Wycombe took the lead after 10mins. Pompey got one back after 34mins. Then in a dramatic turn of events, there were no less than three goals between the 44th minute of the match and half time. Gary Roberts put Pompey ahead after converting a penalty. Paul Hayes then scored for Wycombe in 45+1mins, then Conor Chaplin restored Portsmouth’s lead to 3-2 in 45+4mins. Finally, the half time whistle was blown and the sides went in 3-2 at the break. Within 8mins of the 2nd half starting, Pompey scored again to give them a 2 goal lead and held out for the last 35mins to win the game 4-2. At the final whistle, our acca had landed at 11/1.

Our final and most exciting selection was in Bury v Shrewsbury with a home win. This game had it all – boring spells, dirty tackles, yellow cards, 2 red cards and 3 goals! The game was 1-1 going into injury time at the end of the game, when Danny Mayor struck gold in the 91st minute and won the game for Bury. Big goal which landed our accumulator right at the death!

OMG I CANNOT BELIEVE IT!!!

With a few different accas available on Saturday, we have managed to sort through some of the winners and share them with you in this blog. These bet slips were given to us by our followers on our Twitter page – follow us now!