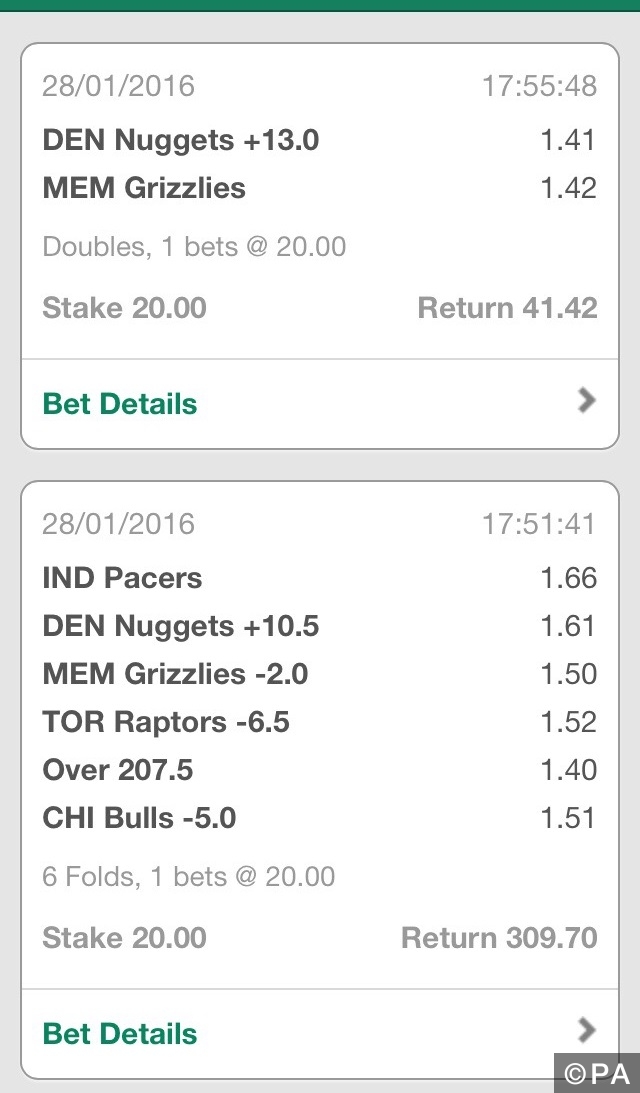 Our NBA tipsters have been smashing it this month and they kept up the bookie bashing with a 12/1 winning accumulator and double on Thursday night’s NBA predictions.

This was our FOURTH winning acca & SIXTEENTH (out of 27) winning double on the in January taking our total profits on the NBA this month to £281.50!

In comparison to some of our recent winners, Thursday’s acca was fairly straight forward as all teams easily covered the spread and the Pelicans-Kings game went well over the total! Nice, easy winning NBA accumulator that plenty of our followers woke up to on Friday morning…

Check out some of the winning bet slips that were sent in to us on Twitter:

Great way to wake up on a Friday…. @FootySuperTips does it again. Cheers lads pic.twitter.com/EZgMWuOjAW

@FootySuperTips always nice to wake up on a Friday £150 richer 💪🏻 pic.twitter.com/B4NUvsgxVV

We offer Free NBA Predicitons every night so make sure you bookmark our NBA Tips Page so you can join in the BOOMS!