Here is how it unfolded:

Atletico Madrid & RB Salzburg hold on and win their games!

With a limited schedule, our Win Accumulator involved 4 legs across Sweden, England & within the Europa League.

The accumulator commenced in Sweden where Malmo FF hosted Djurgarden. Malmo had only lost 1 game on home soil since 21st May 2017 and they have a fantastic record of clean sheets. The teams finished the first half on equal terms, and it took until the 59th minute before Malmo could make the breakthrough. Striker Strandberg took his tally to 2 goals in 6 games by netting, and led Malmo further on their unbeaten run this season with another win!

We move now from the Swedish Allsvenskan to the English National League, where Boreham Wood were aiming to progress further in the playoffs against AFC Fylde. The away side hadn’t won in their last 3 previous games on the road, and their difficulty in away fixtures continued when they found themselves 2-0 down in just 18 minutes. J Turley and Bruno Andrade put Boreham Wood in the driving seat in the 6th and 18th minute but they couldn’t hold on until half-time before conceding. AFC Fylde got a goal back in the 30th minute, but it wasn’t enough and the home side held on to land the second leg of our accumulator!

Our accumulator transitioned to the Europa League where we required Atletico Madrid and RB Salzburg to win their respective games. Atletico Madrid had conceded just 4 goals at home during the La Liga season, and the test was made even more difficult for Arsenal considering they had a total of 0 points away from home in 2018. Arsenal started brightly and had a number of chances, but were punished on the stroke of half-time after Hector Bellerin failed to track Diego Costa. The Spaniard capitalised on his opportunity and scored for the home side in the 47th minute. Atletico Madrid defended well as always and with Arsenal failing to break through their defensive wall, the Spanish side reached the Europa League final by winning 2-1 on aggregate.

The other Europa League game involved RB Salzburg and Marseille, where the French side led 2-0 on aggregate after the first leg. RB Salzburg have a fantastic home record, and had only lost 1 game on home soil since 6th July 2017. This game started off very cagey, with both sides showing their nerves. Salzburg required a 2-0 win at least if they wanted any chance of progressing and with goals in the 53rd and 65th minutes they were certainly on their way. Haidara and and own goal from Sarr resulted in the game going to extra time if the score stayed the same. This fixture became a game of cards, with there being 7 in normal time – but RB Salzburg managed to hold on to the victory in 90 minutes which landed our 13/1 Win Accumulator!

The club Football season is reaching it’s end and we’ll be covering all the big games in the coming months before the World Cup begins! Make sure you take a look at our  Free Football Predictions so you don’t miss out any future winners!

A HUGE shout out to all those who sent in their winning betslips to us via twitter!

@FootySuperTips get in. Nice win to start the month off. pic.twitter.com/311WGz5DVy 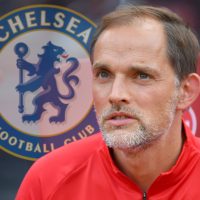 Thomas Tuchel to Chelsea confirmed: Can the German coach transform the Blues?
Football