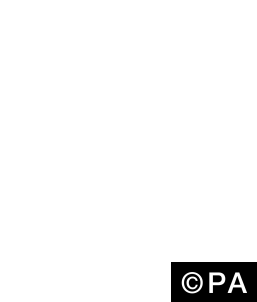 Another clean sweep for our new MLB Tipster!! What a start he has made since Sunday, 2 of 3 Accas have won and 3 of 3 straight Daily Double wins! On Thursday night, he landed a 15/1 Acca thanks to bet365’s Parlay Bonus as well as another Daily Double.

Tonight’s MLB picks are available here, back them using our 1-Click betslips and take advantage of our new tipsters  scintillating form!

It all started well with NY Mets winning their game in the last innings with a 6-5 victory over Pittsburgh Pirates. Up next was a very convincing win from ST Louis Cardinals, winning 12-7 away at Cincinnati Reds. Innings 8 was one to watch as the Cardinals demolished the Reds 4-0, allowing them to overtake Cincinnati on the score board and seal the win.

A fairly low scoring game in terms of Baseball saw our 3rd leg of the Acca land, as Milwaukee Brewers pushed aside a distinctly average looking Oakland Athletics at home, 4-0.

Washington Nationals flew out the blocks for the 4th leg, going 7-0 up by the end of the 3rd innings. The run scoring didn’t stop there however, as both sides went on to score 4 more each, with the final result ending 11-4.

The 5th and final leg of our Acca was between San Francisco Giants and Boston Red Sox. This was the 2nd lowest scoring game of the night in MLB with no runs being tallied for the 1st 3 innings. The 4th innings saw the game tied still at 1-1, with nothing else coming until the 8th innings, where the Giants stole the game from under the Red Sox’s nose, by grabbing the winning run of the match to make it 2-1. San Francisco then saw the final innings out and the match finished 2-1.

@FootySuperTips I have no clue about mlb so I tip my hat to you sir thanks for the tip great boom to wake up to pic.twitter.com/41tXFfjPw8

@FootySuperTips mate seriously thanks a lot for the MBL tip last night I did it with only 5 mins to go ..Thanks mate pic.twitter.com/JLwfub9kI7

@FootySuperTips double and accumulator. My friend your are fucking awesome pic.twitter.com/ThnqXvnyqP