2 nights – 2 wins. That’s what our NBA tipsters produced on the first weekend of April. After winning an 11/1 NBA accumulator on Saturday night, we made it 2 in a row as Sunday’s 16/1 NBA accumulator also won meaning those who followed our free NBA picks over the weekend made over £300! Check out some of the winning slips that were sent in to us.

The action started early on Sunday night with half of the games in our 16/1 acca tipping off from 8:30. The Mavs took care of the Timberwolves in a low scoring game in which they won by 10. The Rockets won a massive game in Houston and covered the +5.5 point spread that we had them on vs the Thunder. In our final pick from the early games, Clippers -3, the Wizards kept it close enough to make us sweat but eventually lost the game by 5 points. 10:30ish and half the acca was in.

Over to the late games and the Jazz, who have been one of the form teams in the league in recent weeks stayed hot vs the Suns, winning the game by 15 which easily covered our 6 point handicap. The Pacers had a huge game that they needed to win against the Knicks and Indiana got the W winning by 5 at Madison Square Garden.

The final pick was a game total selection from the Warriors-Blazers match up. Our tipsters had gone for over 220 points which sounds like a huge amount but this was Golden State playing at home vs Blazers who can also put up a lot of points. Final score: 136-111 which completely eclipsed the 220 point mark! 6 games done – 6 games won.

Our free NBA picks are updated at 6pm UK time each day and include accumulators, doubles and game previews. We will also have analysis and tips for every game in the NBA Playoffs from April 16th so make sure you bookmark the page!

As usual we were overwhelmed with the amount of our followers on another winning tip! Here are just some of the winning betslips we were sent in: 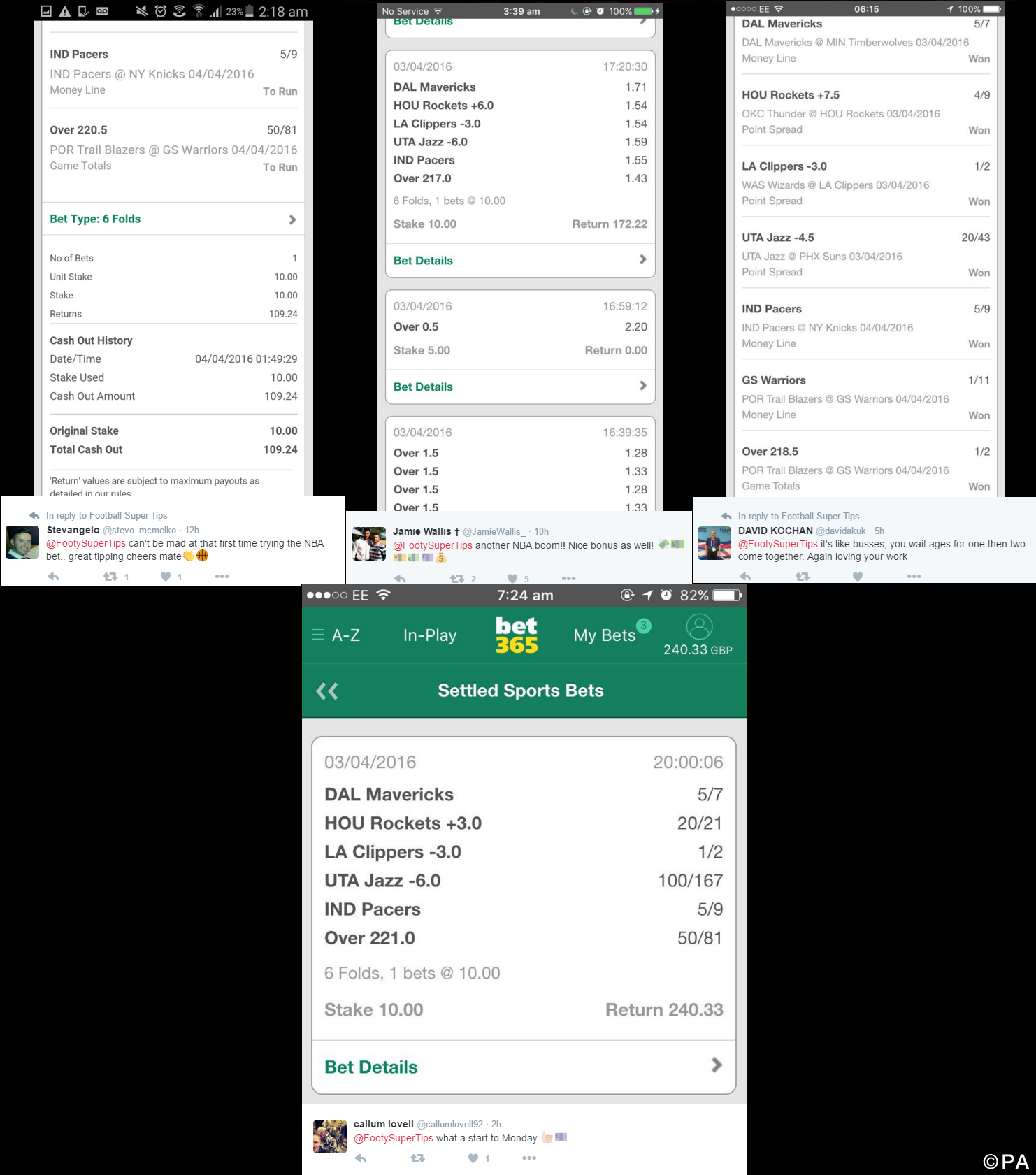 Make sure you’re following our free NBA picks as our tipsters look to make it 3 winners in a row (not for the first time)!