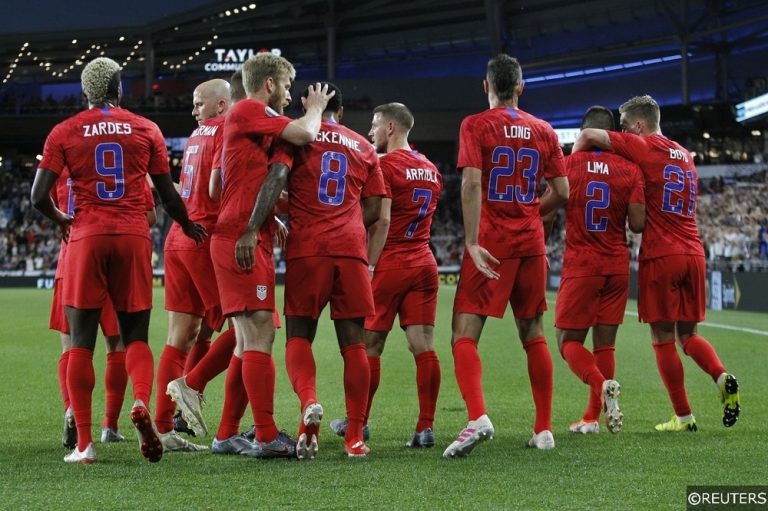 With the Group Stage of the competition done and dusted, the 2019 CONCACAF Gold Cup enters its crucial knockout stage this week with 4 fascinating looking Quarter Final ties scheduled to be contested on June 29th and 30th.

US cities Houston and Philadelphia are preparing to host 2 Quarter Final match ups each this week, and both cities are already vibrating with excitement ahead of what promises to be another dose of compelling Gold Cup action.

Check out our 2019 CONCACAF Gold Cup Quarter Finals predictions and betting tips below, including a massive X/1 4-fold acca!

Remember – we will be covering the CONCACAF Gold Cup Quarter Finals fixtures extensively in our match preview section. 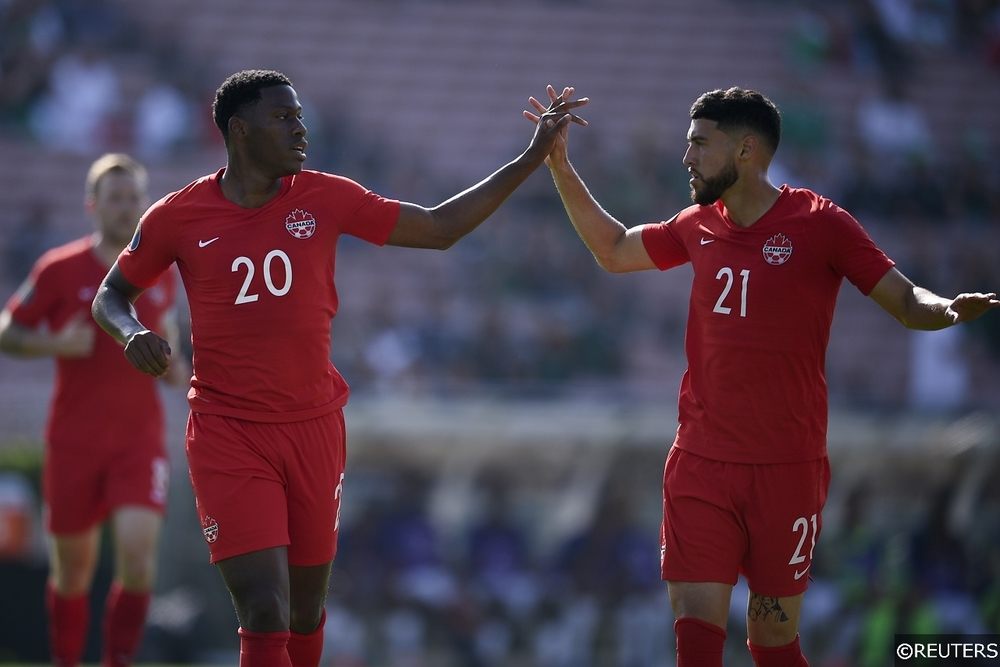 Gold Cup surprise package and pre-tournament outsiders Haiti are 1 of 3 Quarter Finalists to have taken maximum points from the Group Stage.

The Haitians finished top of the pile in Group B, after they beat Bermuda, Nicaragua and Costa Rica in a trio of impressive performances.

Canada qualified for the knock out rounds with relative comfort too, finishing second in Group A behind a strong Mexico team.

The Canadians lost their big-name face off against Mexico 3-1 on Match Day 2, though they flexed their attacking muscle by hitting the net an incredible 11 times in their other brace of Group fixtures against Martinique and Cuba.

Saturday’s meeting between Haiti and Canada has all the makings of an exciting encounter, though we feel the extra quality in the Canadians ranks will eventually tell in Houston. 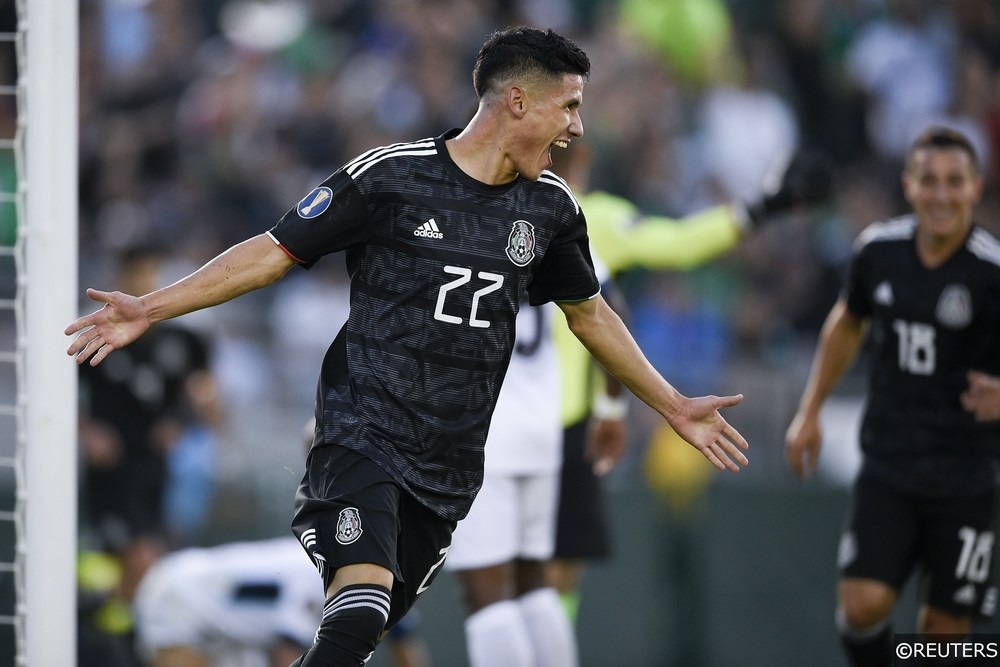 Gerardo Martino’s Mexico have been thoroughly enjoying themselves stateside in the 2019 Gold Cup so far.

Mexico won all 3 of their Group A matches against Cuba, Canada and Martinque respectively, scoring a whopping 13 times in the process – in fact, the Mexicans’ sizeable goal haul made them the highest scorers in the Gold Cup Group Stage overall.

In contrast, Costa Rice just about squeezed over the line in Group B, with their narrow Match Day 2 2-1 triumph over Bermunda on June 20th proving a pivotal result in the section.

With their performances a little out of sorts, Costa Rica’s already fragile confidence won’t be helped by their poor recent head-to-head record against Mexico.

In the last 15 meetings between the nations, Mexico have won 11, there have been 3 draws and Costa Rica have emerged as victors only once. We expect the Mexicans to enhance that record further at Costa Rica’s expense this week. 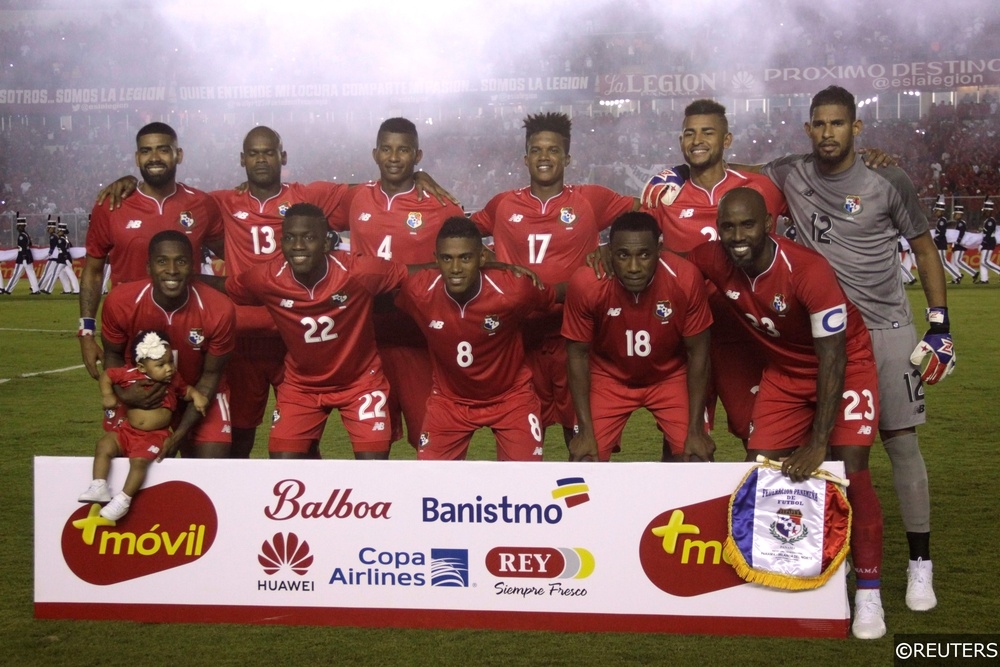 Beaten finalists at each of the last 2 Gold Cups in 2015 and 2017 respectively, Jamaica will be hoping that it’s third time lucky this year.

The Jamaicans made hard work of qualifying for the 2019 Quarter Finals, and though they eventually topped Group C, Theodore Whitmore men won just 1 of their 3 matches overall.

Their opponents this week, Panama eased into the Quarter Finals after they won each of their first 2 Group D fixtures against Guyana and Trinidad & Tobago, and though their Match Day 3 defeat to USA saw them relinquish top spot, the Panamanians have looked like an accomplished side throughout.

Panama beat Jamaica 2-0 in each of the country’s last 2 tussles in 2015 and 2016, and recent form suggests that that Julio Dely Valdés’s charges can complete their hattrick in Philadelphia.

The United States have arguably been the most impressive team in this year’s Gold Cup so far. USMNT sailed through a Group they shared with Panama, Guyana Trinidad & Tobago, winning all 3 matches, scoring 11 times and most impressively, keeping a trio of clean sheets along the way.

The United States spike in performances has been somewhat surprising given the fact that they had won just 4 times in 14 international fixtures since June 2018, and now there is real belief in the USMNT ranks that they can successfully defend their Gold Cup title.

Having made it to the knockout rounds for the first time in their history, the tiny Caribbean island nation of Curaçao are providing one of the most compelling storylines in the Gold Cup this year.

Curaçao’s 93rd minute equalizer against Jamaica on Match Day 3 opened up the possibility of qualification, though they faced a nervous wait before Honduras helped them over the line with a resounding 4-0 demolition of El Salvador.

Curaçao’s fairy-tale looks almost certain to end against a much stronger and more experienced United States team this week however, though they have shown enough mettle in the tournament so far to suggest that they will give the Americans a tough game.

A 4-fold accumulator featuring all 4 of our 2019 CONCACAF Gold Cup Quarter Finals betting tips is available at 7/1 with BetVictor! Click the banner below to bet now!

Check out our 2019 Copa America Quarter Finals Predictions and Betting Tips with 16/1 Acca!