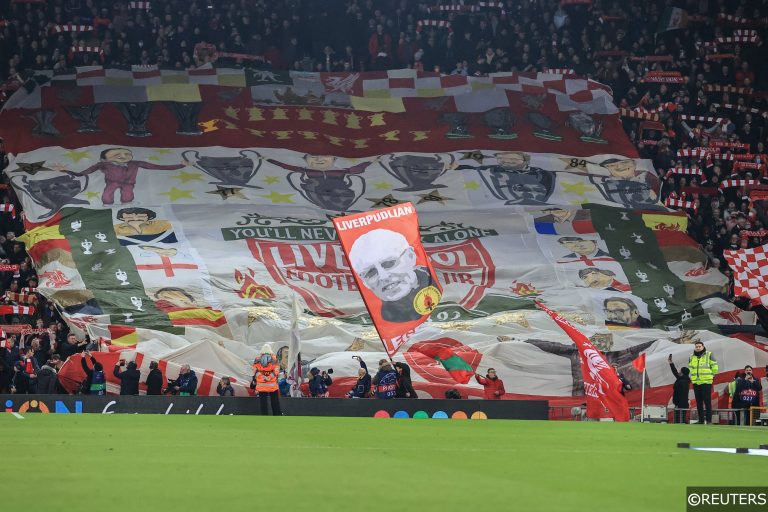 Chelsea and Liverpool have underperformed their pre-season expectations by the biggest margins of any of the 20 sides in the Premier League this season and the pair will be looking to turn around their fortunes when they meet at Anfield in this clash.

We’ve already covered the fixture in our dedicated Match Predictions section, and now we’ve put together this huge Ultimate Bet Builder tip with four special bets – which you can back below.

Defensive issues have been Liverpool’s main issue this season and they will be without stalwart Virgil Van Dijk for this clash as the Dutchman recovers from a thigh injury.

Both teams have found the net in six of the Reds’ last seven Premier League matches and the same looks likely to land despite Chelsea’s issues going forward.

The Blues have also found the net in 11 of their last 12 visits to Anfield and they will be hoping to take advantage of any mistakes the Reds make at the back. 8/13 for both sides to get on the scoresheet is more than fair.

One of Chelsea’s biggest recruitment mistakes of the last ten years was letting Mo Salah depart and their former player could come back to haunt them once again.

The forward has netted seven times in his last 12 games and is so often the man that Jurgen Klopp relies upon in the big games such as this one.

Salah has also netted seven times in his career against Chelsea, including home and away last season and is fancied to do so again. The 6/4 for the Egyptian to find the scoresheet could look generous come Saturday afternoon.

Trent Alexander-Arnold to register an assist

Much has been made of Trent Alexander-Arnold’s defending this season but perhaps more surprising is that the right-back has registered just one assist in the Premier League after managing 12 last season.

The 24-year-old has registered 3.8 expected assists this season, ranking in the top ten in the top flight. Alexander-Arnold looks to be due a change in his teammates’ finishing and that could come in this blockbuster clash, he looks the value play to register an assist.

Conor Gallagher to be shown a card

One area where Liverpool have struggled this season is in midfield, where their typical midfield press has failed to be as effective as it has in the past.

Graham Potter could look to take advantage of this by starting one of the fiercest pressers in the Blues’ squad, Conor Gallagher.

Due to the midfielders combative nature he can often fly in to tackles and has been booked five times in just eight Premier League starts this season.

The 22-year-old could fall foul of the referee once again in this matchup and the 9/4 he does to makes plenty of appeal.