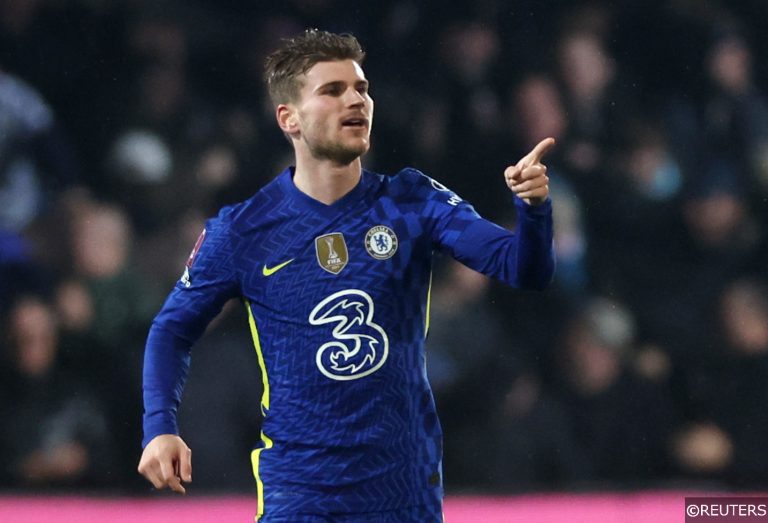 Man City’s clash with Liverpool certainly didn’t disappoint, with the pair sharing five goals as the Reds booked their place in the final. Focus now turns to their opponents in May’s showpiece, with Chelsea meeting Crystal Palace on Sunday.

Ahead of that game, we’ve picked out our favourite bets from the same-game multi markets, producing a monster 235/1 bet builder tip for the clash at Wembley. You can back that tip below, while read on to see our five selections.

The Blues had a pretty clear wobble in their home defeats to Brentford and Real Madrid, going down 4-1 and 3-1. However, they bounced back for that in spectacular fashion with their 6-0 win at Southampton, before winning away to the Spanish league leaders in midweek.

The Blues have now won eight of their last 10 matches, so they are looking good for a fifth FA Cup final in six years. They’ve not lost to Palace in each of the last nine meetings between the sides, so back Chelsea to win this one.

While Mason Mount is a consistent performer, he doesn’t always deliver goals and assists at a regular clip. He’s taken strides forward at the tail end of the season, having been involved in 10 goals across his previous eight appearances.

Mount has scored three times across his last two games for Chelsea, so back him to find the net against the Eagles this weekend.

At the other end, Zaha seems like the biggest goal threat for Palace. The Ivorian has scored in four of his last five for Palace including each of their last three. Among those goals was a strike against Everton in the last round of this competition, while he also chipped in to put Arsenal to the sword earlier this month.

Zaha should be able to exploit the space in behind Chelsea’s adventurous full-backs, so back him to score anytime in this clash.

If it’s a big game, Kai Havertz is the man Chelsea fans want starting up front. The German has scored the winning goal to land Chelsea the European and world titles in the last 12 months.

His advanced role has paid off for him as an attacking threat of late, as Havertz has had at least two shots on target in seven of his last eight games for Chelsea. Since the international break he’s had 18 shots in just four games for the Blues, so back him to prove to be a thorn in Palace’s side.

Jeffrey Schlupp to be carded

Chelsea loanee Conor Gallagher can’t feature in this clash, leaving a big gap for Palace boss Patrick Viera to fill. The former Arsenal captain could probably do a job there himself if he was eligible, but he’s likely to turn to Schlupp.

Schlupp hasn’t been a regular in the league for the Eagles but he’s featured in the FA Cup. However, he’s been booked twice in three games in this competition, so being drafted in for this tough clash could land him in trouble again.