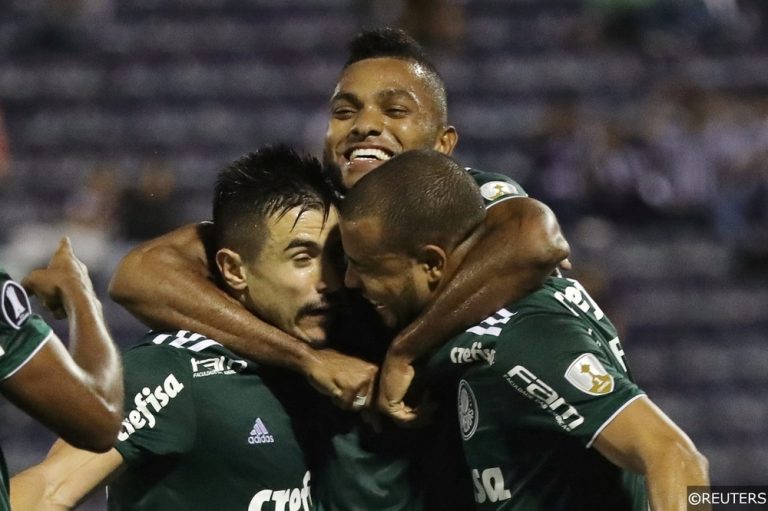 There’s no stopping us over at FST in October!

For the Sunday win accumulator, we needed Sparta Rotterdam to beat Cambuur Leeuwarden in the Eerste Divisie, Rayo Majadahonda and AD Alcorcon to win in the Spanish Segunda, and Palmeiras and Internacional to win in the Brazilian Serie A.

First up, Rotterdam got us off to a flying start finding themselves 1-0 up in 7 minutes thanks to an own goal from Cambuur’s David Sambissa. There was no way back for the visitors after that as Sparta saw the game out comfortably with a 3-0 win.

Next up we had Rayo Majadahonda. Now this match proved out to be much more tense with both sides sharing an equal proportion of posession and shots on goal. Many thought the acca could be down to reduced odds with us having backed them ‘draw no bet’ as it stood 0-0 in the late stages… but a 91st minute winner from Rayo’s Luis Eduardo Delgado kept our hopes alive!

After this we stayed with the Spanish Segunda for Gimnastic vs Alcorcon. We’d opted for the safer approach again here backing Alcorcon ‘draw no bet’, although safety wasn’t something to be concerned about 27 minutes into the game as the visitors led 3-0. However, one thing that was of concern was the worsening weather, and just before half-time the lighting had become so poor that the game was postponed until 3pm UK time on Monday.

Our accas’ final legs saw us rooting for Serie A leaders Palmeiras and 2nd placed Internacional in their respective matches. Palmerias never looked back on their early 1-0 lead but Internacional did give us a bit more of a sweat! It took until the 52nd minute to them to reverse the damage of Sao Paulo’s explosive 1-0 start within seven minutes but a late red card saw a little pressure off our backs in the dying minutes.

Time went by slowly as we waited for play to resume on the Alcorcon match and eventually the two sides did kick off again. It wasn’t very exciting but Alcorcon did see out their lead in an eventual 3-1 win, however some bookmakers did void that leg reducing the odds to 12/1 on the acca win. A lovely winner all the same!

Find below some of the winning betslips that our followers were kind enough to share with us!

Just waiting on Alcorcon but you guys smashed the weekend, thanks so much! pic.twitter.com/QateY15Yg6

Alcorcon been settled as void with sky bet pic.twitter.com/uU4HtOOuWw

Our Football Analysts have been on fire this month, so be sure to bookmark our Free Football Predictions page of the website so you don’t miss out on any future winners!