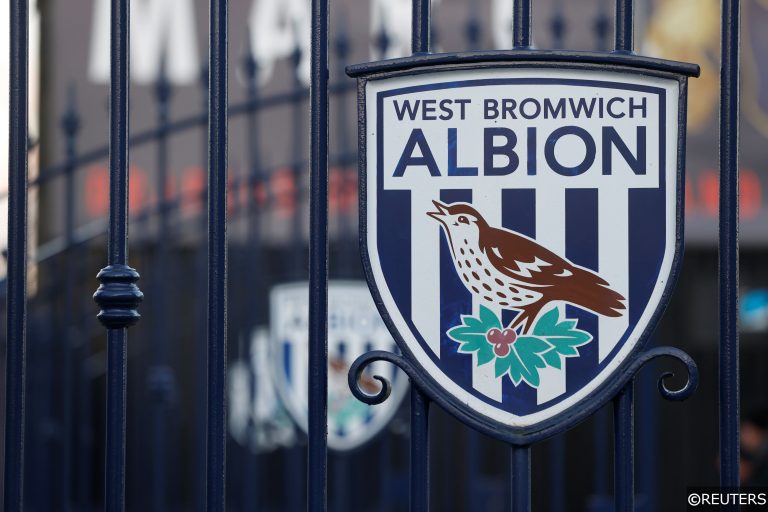 Arsenal have endured a terrible start to the season in the Premier League with back-to-back defeats and now face a tricky Carabao Cup trip to West Brom, who are unbeaten after four fixtures.

Albion were relegated from the Premier League last season but have made a strong start as they look to bounce back at the first time of asking.

The Gunners won both of their league meetings with the Baggies last season with an aggregate score of 7-1.  However, boss Mikel Arteta is without a host of regular starters and with a trip to Manchester City to come on Saturday is likely to name a weakened team.

We’ve take a cautious approach and gone for the Baggies in the double chance market in our dedicated Match Predictions section but for the purposes of this bet builder I’m going to be bold and back the hosts to win at a bigger price.

With Albion in confident mood after three straight wins and Arsenal expected to field a weakened team, this fixture has more than a whiff of a ‘cupset’ about it and the hosts may be able to get the job done in 90 minutes.

Arsenal have failed to score in both of their Premier League games so far, but the Baggies defence has been a little suspect and we may well see goals at both ends on Wednesday.  The Midlands club have managed just one shut-out in four games so far, and that came against a Sheffield United outfit who have the worst attacking record in the Championship.

West Brom forward Callum Robinson has three goals in four games this season and is the standout contender among the hosts’ squad for an anytime goal.  Robinson scored in each of his first three games, and has scored in both of Albion’s home games.

Matt Phillips to have two or more shots

West Brom midfielder Matt Phillips was handed his first start of the season on Saturday and marked the occasion with a goal in a 2-1 win at Blackburn so he could well be in line to keep hold of that starting place.  The 30-year-old featured as a substitute in the first three games of the season and despite playing in 143 of a possible 360 minutes so far this season he is still averaging 1.5 shots-per-game, so if he does start on Wednesday he looks a strong candidate to have at least two shots in total.