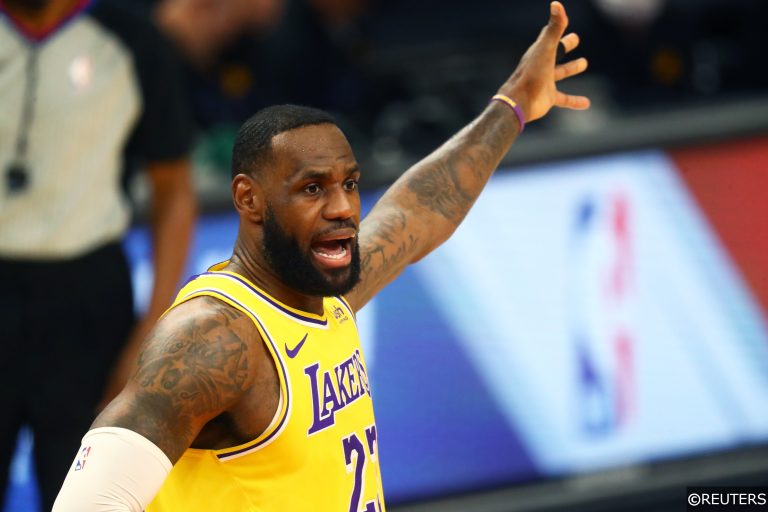 We’ve had a great start to 2022 here at FST with our football tipsters picking out a huge 139/1 mega accumulator and now our NBA experts have gotten in on the action with a 29/1 five-fold landing on Tuesday.

We made the most of our accurate predictions with a 3/1 NBA double and an odds-against Best Bet also hitting the mark, with two football winners adding to our haul on Tuesday.

The Cavs made a strong start against the in-form Grizzlies but Memphis took the lead for the first time in the game just before half-time and managed to come away from Cleveland with a win, thanks in part to a 26-point haul from Ja Morant.

It was a similar story in Toronto as a shorthanded San Antonio side made the early running but the Raptors responded in style and went on to claim a blowout win – comfortably beating a -7 handicap in the Point Spread.

RJ Barrett and Julius Randle combined for 62 points as the Knicks saw off the Pacers at Madison Square Garden, while Devin Booker’s 33 points helped the Suns overcome the Pelicans in New Orleans.

Our bet looked in danger in when Sacramento opened up a seven-point lead over the Lakers in the fourth quarter, but the LA outfit fought back and ultimately managed to beat a -6.5 handicap in the Point Spread.

The wins for Memphis and the Knicks also saw us land a 3/1 double, and the 6/5 on a win for the Grizzlies was also our best bet.

We had two football successes as well as a 5/2 Match Goals double and a 10/11 both teams to score best bet also came in. We needed over 2.5 goals in the EFL Trophy clash between Oldham and Wigan and in the Coup de France tie between Lens and Lille, with the Latics winning 6-0 and the French pair playing out a 2-2 draw. We went for both teams to score in Espanyol’s Copa del Rey tie at Ponferradina and that tie finished 1-1 after 90 minutes.

We have a whole host of daily tips across a number of major sports, including football predictions for the return of Europe’s major leagues early in 2022.