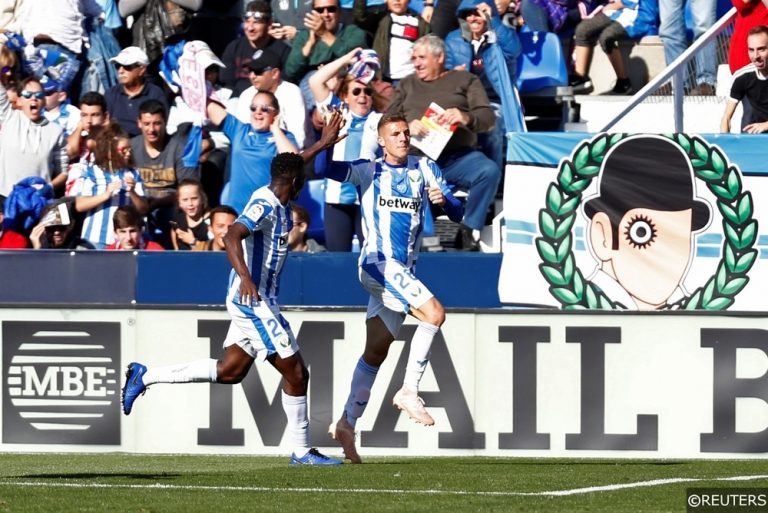 It has been an incredible few days for us here at FST! After landing 5 accumulators this past weekend, our football analysts have smashed it yet again to land a 10/1 Win Accumulator on Monday night. This latest win makes it 6 winning accumulators over the last 3 nights and on top of that, our Bet of the Day and Daily Treble also landed for a brilliant Monday night of football.

The accumulator kicked off in Holland for the Eeste Divisie game between Jong Az and FC Volendam. For this leg, we just needed Volendam to walk away with a draw and everything looked perfect when they took a 51st-minute lead through right back Robin Schouten. AZ equalised in the 71st minute and dominated for the remaining minutes, but Volendam stood strong to land the first leg of Monday’s 5-fold.

Across to Germany for the 7:30 kick off featuring Hamburg and Greuther Furth for the second leg. This game saw a dominant performance from Hamburg but a true lack of firepower as the game progressed. Hamburg really took this one down to the wire as we waited until the 85th minute for them to take the lead. The hosts held on for a deserved win to take us to the third leg of our winning accumulator.

The next leg came from the Steel City Derby as Sheffield United travelled to Hillsbrough to take on local rivals Sheffield Wednesday. Although we predicted a 1-1 contest, our tip for the accumulator was for Sheffield Wednesday to avoid a loss in the double chance market. United edged the game in terms of chances but were poor in front of goal on the night, Wednesday held on for a much deserved draw in a consecutive 0-0 draw against their rivals.

We head over to Spain for the penultimate leg of Monday’s winning accumulator, this game featured 14th place Leganes taking on 15th place Levante. With Leganes losing just 5 of their last 19 games, we backed them to win in Madrid on Monday night. The hosts took an early 13th minute lead to give our accumulator a big step in the right direction. The game was full of decent chances at both ends with 29 shots on goal on the night, but it wasnt until after the 70th minute until the accumulator looked in jeopardy. Levante went on to get an important equaliser in hopes of grabbing a point, if only it wasn’t for VAR! The Video assistant referee gave us a massive boost when the goal was ruled out and the accumulator was just waiting on the final leg.

That final leg came from the Portguese Primeira Liga as 7th place Vitoria Guimaraes played host to 15th place Maritimo. With 6 wins in their last 8 home games, we were confident Vitoria could go on and win in the final leg of the accumulator. With neither team hitting the net in the first half, we hoped the home advantage would play a huge part as we awaited the first goal of the game. That goal came in the 64th minute to put us in prime position for landing our 6th accumulator over the past 3 nights. Vitoria grabbed a second goal just minutes after only to have it ruled out shortly after, but luckily for us, the one goal was enough to give us a much deserved winning accumulator.

Want more from our experts?

Remember to follow our Free Football Predictions page of our website to make sure you stay up to date with the latest Football Accumulators. We also have Match Previews and an excellent new Stats Tool that you can use to create your own bets. Also our News Column is a fantastic place to keep up to date with as fresh betting content is posted frequently so be sure to bookmark it.

Can’t wait for the next 20mind! Nice accumulator mate pic.twitter.com/q0pVkLkpWJ