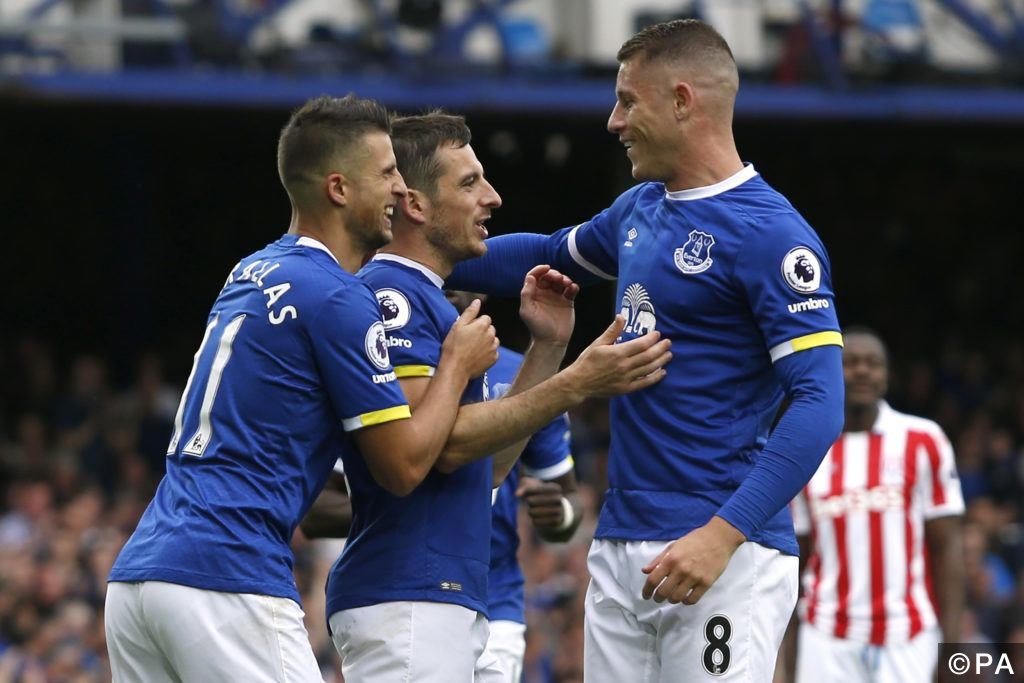 Another fantastic weekend for FST. Saturday’s Evening Acca landed at 12/1 then our weekend’s Premier League Acca landed (with reduced odds) at 7/1. The tip was given to our followers on Friday night ready for Saturday’s kick offs. As this was a League Acca, it carried over into Sunday’s fixtures too.

Our first leg was at Stamford Bridge where we were looking for over 2.5 match goals. Chelsea flew to a 2-0 lead in the first half and went in at half time very comfortable. Due to that reason, we saw no more goals until late on, when Victor Moses finished a move from Pedro’s assist to make it 3-0 in the 89th minute.

Everton hosted Stoke at Goodison Park in another 3pm kick off on game week 3 and we needed The Toffees to win this fixture to keep the Acca dream alive. A fairly poor 1st half saw the players leave the field at 0-0. However, 6mins into the 2nd half, Leighton Baines missed a penalty which was apologetically turned into the goal by Stoke ‘keeper Shay Given. The game stayed that way and Everton finished the game with all 3 points.

The current Premier League champions were our 3rd leg pick and we also needed them to win at the King Power Stadium. Leicester raced to a 2-0 lead within 52 minutes against Swansea and looked a solid selection for this Acca. 4 minutes after the 22nd goal from Wes Morgan, Riyad Mahrez stepped up for a spot kick which he missed. 3-0 would have seen the game off in theory. However, it turned into a scary looking final 10 minutes for the home side as Swansea pulled a goal back on the 81st minute via Leroy Fer. Leicester weathered the storm and saw the game out, 2-1.

The fourth selection was Man United to win at Hull City in the league’s evening kick off. It as a very dominant United performance throughout. Plenty of chances came and were created from the red side of Manchester, but they struggled to find the net through unfortunate luck and great defending from Hull. Late on, United were throwing everything at Hull and finally the deadlock was broken in the 2nd of 4 added minutes to injury time at the end of the game. Youngster Marcus Rashford managed something no other United player could in the previous 91mins.

Going on to the 5th and final leg of our Premier League Acca, Middlesbrough travelled to West Brom on Sunday. A draw no bet selection would allow a draw in this fixture. A draw would land our Acca at reduced odds of 7/1, or a Boro win would land at full potential returns of 13/1. It was a very boring game throughout. The most exciting part of the game was the 4 yellow cards we saw dished out. Despite a strong performance from West Brom, Boro held out for a 0-0 and this landed our Acca at 7/1, with this leg being a “void” bet.

This is the part of our blog where we share our followers experience of backing the winning tip. Many people sent in their bet slips to show they had jumped on our tips, which you can find in the free football tips section of our website. Our followers sent their slips in to us on our Twitter page, where you can also follow us now and find our inplay tips. Enjoy the winners below!

@FootySuperTips Hiya thanks for tip yesterday what do ya recon with it leave it or take it ? pic.twitter.com/D6JXA932h4