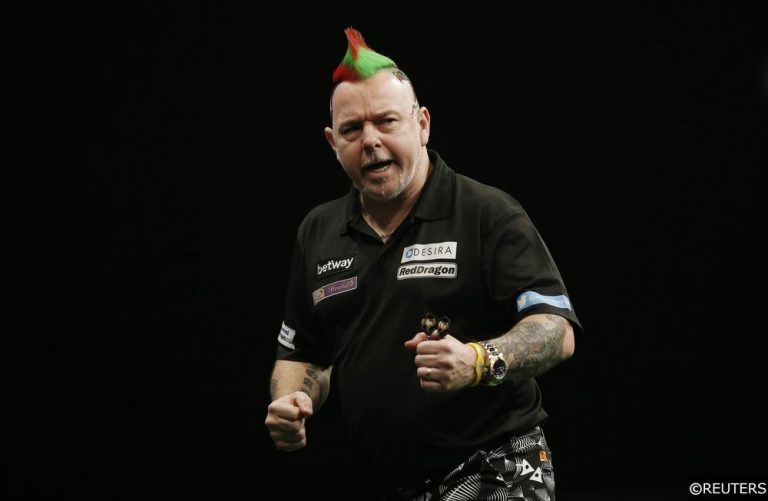 What a night it’s been for the tipsters here at FST! Not only have we landed a 26/1 Both Teams to Score and Win Treble, but our Darts Tipster has landed a 16/1 Correct Score Double and 8/1 Accumulator!

This comes after an unbelievable week on the NHL, where we landed 3 Accumulators in just 4 days!

Just need Over 3.5 Sets for our Darts Acca to land too!

We started off both bets with an early match between the German Gabriel Clemens and Englishman Aden Kirk. We were looking for Clemens to beat Kirk by at least 2 sets for the accumulator, whilst we needed a 3-0 whitewash for the Correct Score Double. Clemens got off to a flying start, winning the first set 3-0, posting 2 180’s. The second set was slightly more competitive, although it wasn’t due to Kirk getting any better, but instead by Clemens getting worse. The highest checkout of the entire set was 40, with a double tops from Clemens, with the German winning the set 3-1 despite a 3 dart average of just 78.87. The final set of the match finally saw the 2 players play some decent darts, with Clemens averaging 86.11 and Kirk averaging 81.33, as the set went to a deciding leg. Clemens remained cool to win the set 3-2, meaning he ended that match with a 3-0 whitewash.

Next up we doubled up again as for the accumulator we needed Luke Humphries to win by 2 or more sets whilst for the Correct Score double we wanted Luke Humphries to whitewash opponent Adam Hunt 3-0.Luke started the match strongly winning the first set 3-1 thanks to a respectable 89.45 3 dart average and a 50% checkout success, with the highlight being an excellent 121 checkout. In the next set Luke went up a gear posting a superb 98.02 3 dart average on his way to a 3-0 set victory aided by a 50% checkout success with a top checkout of 68. 2-0 became 3-0 and landed our Correct Score Double whilst putting our accumulator onto the final leg as Luke Humphries raised the bar yet again. Adam Hunt threw his best darts of the match with a 3 dart average on 89.85 but that wasn’t enough, even for a leg in the final set as Luke sailed home 3-0 thanks to an impressive 109.98 3 dart average.

The 16/1 Correct Score Double had landed and now we went onto the final leg of the 8/1 Accumulator needing over 3.5 sets in the game between Peter Wright and Toni Alcinas. We got off to the perfect start as the 6/1 underdog took the first set 3-2. Despite having the better 3 dart average in the first set posting 101.20, Wright’s doubling cost him dearly as he was only 18.18% in the doubles with 2/11. Alcinas wasn’t bad by any means as he posted a 98.38 3 dart average in the opening set however his doubles were slightly better, as 3/8 (37.5%) saw him pinch the first set.

From being perfectly content we got slightly worried about a whitewash as the outsider took the second set with ease. Alcinas posted a 99.40 3 dart average and 33.3% checkout success whilst Peter Wright struggled again with his doubles 14.29% (1/7) and threw poorly averaging just 87.58.

Our worries were gone in the 3rd set as Wright finally turned up, sweeping the set 3-0 with a 100.20 3 dart average and a 60% checkout success. Due to the score being 2-1 in sets our accumulator had landed as no matter which way the match went it would have to see 4 or more sets played. Nevertheless the 4th set saw some huge bottle as Alcinas closed out the match in a tight set. He averaged 91.78 to Wright’s 91.12 but it was the doubles which decided it. Wright, having struggled all night with his doubles managed just 2/8 (25%) whilst under the biggest of pressure Alcinas kept his nerve with a 100% checkout success to take the match 3-1 and take a huge scalp knocking out the number 3 seed.

We have Darts betting tips, accumulators and Correct Score Doubles throughout the World Darts Championships so to stay on top of our predictions why not bookmark our darts page.