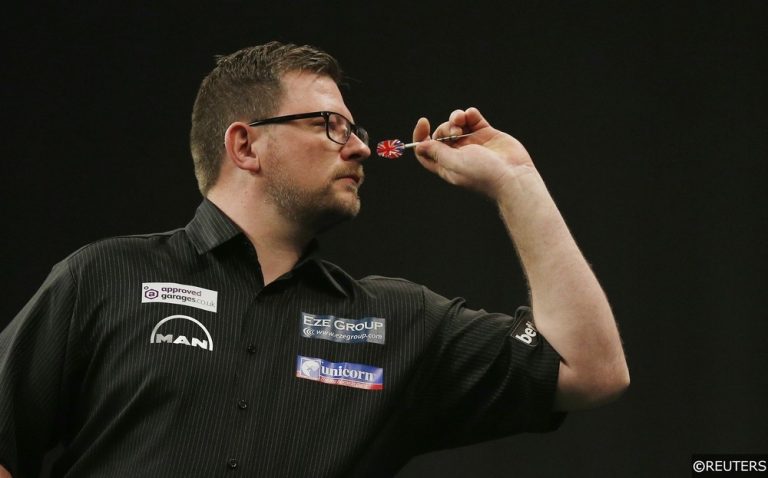 Our second darts acca of the Premier League season landed on Thursday night – this time at odds of 8/1 !!!

Our first selection from Judgement Night was for Gerwyn Price to hit at least three 180s in his match with Peter Wright. Nobody in the Premier League had hit more maximums than the Welshman heading into the evening, and with the bookies underestimating the scoring power in recent weeks of ‘The Iceman’, we were confident he could deliver. Price got off to a reasonable start and hit his first 180 in the fourth leg of the match, and in a tight contest the match was poised at 3-2 to Wright. But the sixth leg was crucial for our bet, Price kicked it off with a 180, Wright then fired in one of his own, and then amazingly Price hit the third consecutive maximum of the leg. Unfortunately Price couldn’t hit the illusive nine-darter, but he had now hit three 180s to land our opening bet after just six legs of play.

GREAT WINNER TO END THE NIGHT!

Our second selection was similar to our first, as we were on Jeffrey De Zwaan to hit at least three 180s against Rob Cross. De Zwaan was this weeks ‘contender’, and his excellent record on the 180s meant we were again confident he would fire in a few in this match. It was a similar story to the first match, ‘The Black Cobra’ started the match well, and in the fourth leg fired in two 180s to give us hope that our treble would continue to the final leg. However, the Dutchman made us sweat a bit, and whilst his scoring was decent, we had to wait until the tenth leg of the match for a third 180 to keep our bet alive.

Our final selection was in the final match of the night, and we were hoping James Wade could beat Michael Smith with a 2.5 leg handicap against him. Wade had been in good form recently, whilst Smith hasn’t looked himself in recent weeks. Our bet didn’t get off to the best of starts, there were three breaks of throw in the opening four legs, and with Wade seemingly not his usual clinical self trailed 3-1. However, ‘The Machine’ then reeled off three consecutive legs with some steady darts before Smith levelled things up in leg eight. With the scores tied at 4-4 we needed Wade-y to win the next three legs to land our bet, and he didn’t disappoint. Smith’s scoring deserted him at the crucial time, and although Wade didn’t play as well as he has done at times this season, he still averaged over 100 to seal a 7-4 win.

In an emotional night in Rotterdam, ‘Barney’ bid a fond Premier League farewell to his adoring Dutch fans, and later in the evening the five-time World Champion announced his immediate retirement from the sport. ‘Barney’ may not be back next week, but we certainly will be !!!

Couple of our followers were kind enough to send in their winning betslips to us via twitter: