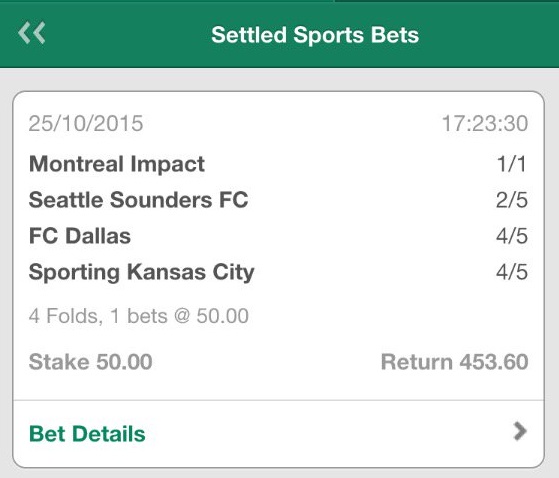 It was a tough result for many punters with some strange results across the weekend. However our MLS expert provided us with a free MLS winning accumulator on Sunday night which returned £91 from a £10 stake. A solid looking four fold which started out with a 2-1 Montreal Impact win thanks to a Didier Drogba brace, followed by a 2-1 Sporting Kansas win over LA Galaxy, another 2-1 win from Dallas over San Jose Earthquakes and a 3-1 Seattle Sounders win to round things off which included a brace from Clint Dempsey.

Let’s take a look at some of the winning bet slips!

This was sent in via our Twitter by Frank Wheelan who decided to put a huge £50 stake on the MLS four fold, top work lad!

Here’s a small selection of the winning bet slips we had sent in on Twitter . 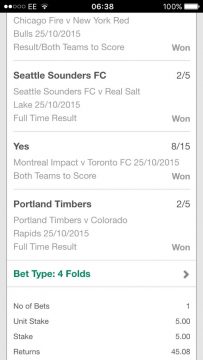 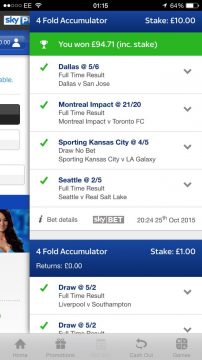 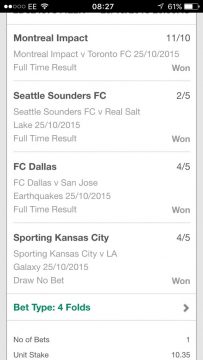 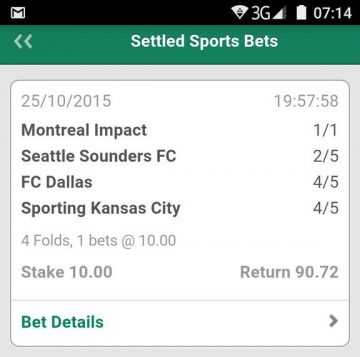 One follower from Australia decided to tweak the tip a little and the rewards were huge! Well done to @louiwhite24! 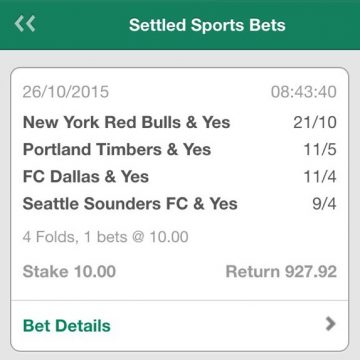 Fancy a bet today? Check out our daily free football betting tips which go live from around 12pm each weekday from our resident tipsters. We will have League Cup tips for all eight fixtures on Tuesday and Wednesday this week and they can be found in our betting previews section.