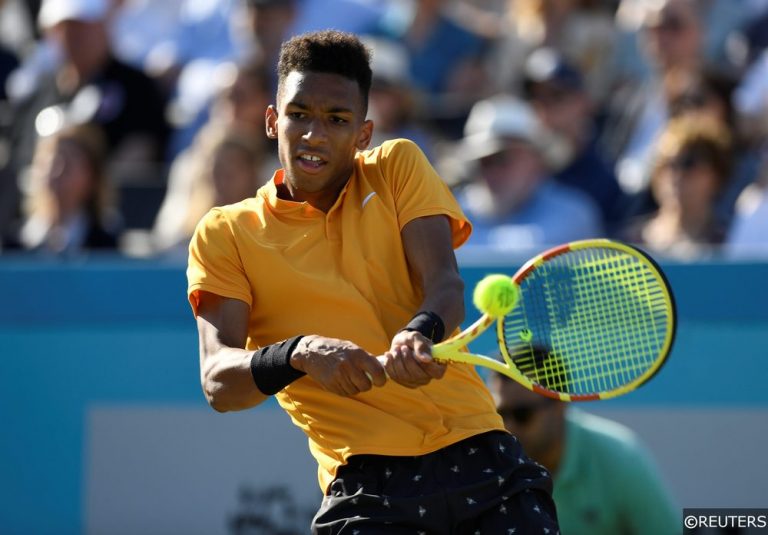 A fantastic late Tuesday evening for us here saw our 9/1 Tennis Accumulator come home, courtesy of some great performances!

The Tennis Acca was a four-fold, and the results went as follow.

2014 US Open champion Marin Cilic was first up, and he was taking on American Bradley Klahn. We needed Cilic to win the match against his American opponent in straight-sets to kick-off our Acca, and despite the fact he’s struggled at the Canadian Masters in recent years, we were confident. The Croatian ace has shown some positive signs in Washington last week, and he looked like he was starting to rediscover some of his better tennis. Luckily for us, Cilic delivered. After a comfortable enough opening set, Klahn took Cilic to a tie-break in the second set, but Cilic used all the experience he’s gained over the years to edge the set, win the match and get our Acca off to the perfect start!

Next up for us was 2013 finalist John Isner. The big serving American was taking on Jordan Thompson, and we needed Isner to win this match by a 2-1 score line. John Isner’s matches tend to be close affairs, and they usually feature tie-breaks, and this match was no different. After both players split the opening two sets, the third and final set did in fact go to a tie-break. Like the match, the tie-break itself was extremely close, but Isner proved to have that little bit extra in the end, as he picked up a good victory.

The Los Cabos Open champion Diego Schwartzman was up next, and he was taking on an out-of-form Marco Cecchinato. While Schwartzman was riding a wave of momentum coming into this match, after winning the Los Cabos title this past week, Cecchinato was on an 8-match losing streak. However, while Schwartzman was the inform player coming into this one, Cecchinato was the fresher player, and it showed in the opening set or so. Cecchinato won the first set 6-3, and things were now a little tense. However, Schwartzman held himself together to edge a second set tie-break, before sealing the match with a 6-4 score line in the third set. Diego Schwartzman’s win streak is still alive, and our Acca was now just one result away from landing!

Last up for us was teenage sensation, and local boy, Felix Auger-Aliassime. The Canadian has been enjoying a fantastic breakthrough season, and he was taking on fellow Canadian Vasek Pospisil. These two were actually doubles partners as well this week, although they were beaten in the opening round on Monday. Anyway, we just needed Auger-Aliassime to get the better of Pospisil in this one, and we were confident of that. The teenager had beaten Pospisil last month at Wimbledon, and he’s been in the significantly better form out of the two this season. After cruising to the opening set, things were looking good for us. However, a close second set went the distance, and Pospisil eventually won it in a tie-break, while the third set followed suit. This time, though, Auger-Aliassime took control of the breaker, and eventually got over the line to win the match.

A fantastic result for us as our 9/1 Accumulator had now landed!