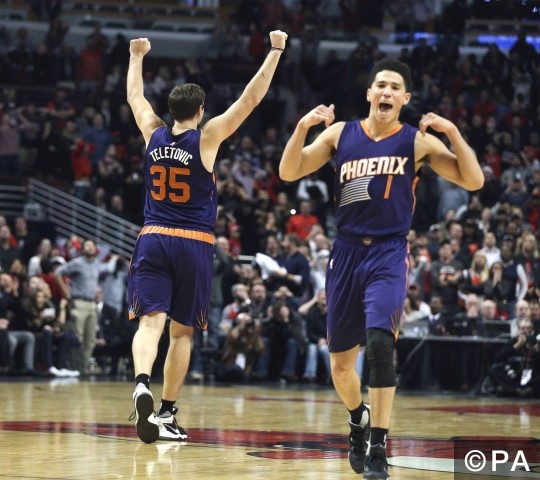 A fourfold of underdogs to cover the point spread was on the menu on New Years Eve and our followers were very happy to bring in the New Year with a BOOM! All 4 games were very close which is why we ended up covering all 4 legs & Milwaukee Bucks actually won the game outright! A £10 stake returned £90 profit which is enough to cover the New Years beer fund! Those of you who followed our 11/2 NHL accumulator which won on the same night will be having a great night out!

Tips are posted on a daily basis by 6pm UK time at the very latest, click to view today’s basketball betting tips.

@FootySuperTips great start to the new year. Cheers!! Many more to come. 😜 pic.twitter.com/pNLZHgmQ5a

@FootySuperTips waking up to 2016 with a boom! Missed first part of bet so did this instead cheers! pic.twitter.com/Zm33Tkd2yG — James Picken (@jamesppp94) January 1, 2016