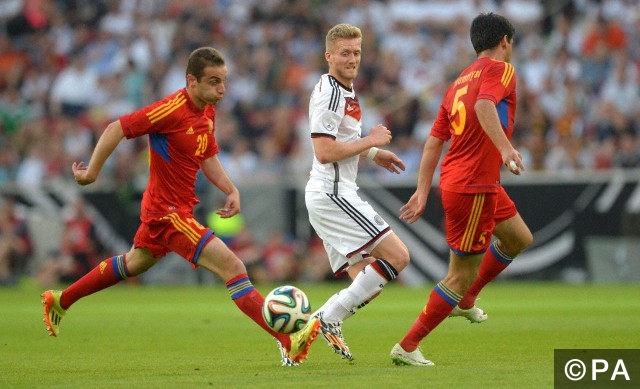 The former Chelsea winger has signed for Borussia Dortmund on a five year deal form Wolfsburg. The transfer has cost BVB around €30 million and the news comes just one day after the club announced the signing of former midfielder Mario Gotze from Bayern Munich.

The 25 year-old has only been at Wolfsburg for 18 months following his move from Stamford Bridge. Speaking to the club’s website, he said: “Borussia Dortmund is one of the top clubs in Europe with a strong and extremely exciting squad.

On top of Schurrle’s domestic stats, he’s won 55 International caps for Germany and scored 20 goals. He also has a wealth of experience in the Bundesliga, playing for Mainz, Bayer Leverkusen, Wolfsburg and now Borussia Dortmund.

Tuchel has acted quickly after selling Mkhitaryan to Man United and Mats Hummels to Bayern. He will look to Schurrle to support striker Pierre-Emerick Aubameyang who netted 39 goals last season. The former Mainz boss has already worked alongside Schurrle and was desperate to sign him. Attacking options of Aubameyang, Reus, Gotze and Schurrle will put fear into opposing defences.

In what should be a two horse race for the Bundesliga title William Hill currently have a standout price at 9/1 for BVB to lift the trophy.