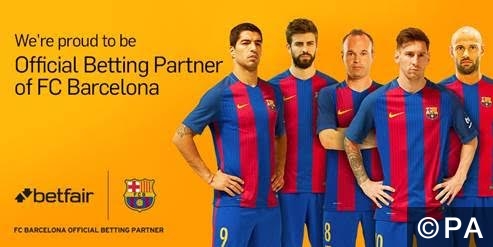 Although the deal was completed a few days ago, it was never officially confirmed until today, with Gomes being unveiled at the Miniestadi earlier today, the home of the Barcelona B team.

Andre Gomes already has experience in La Liga, as he signs for Barcelona from fellow Spanish side Valencia. He spent one year on loan from Benfica, before completing a move last summer for a fee of around £17 million.

Just 1 year later, the young Portuguese midfielder has made such a big impression that Catalan giants Barcelona were willing to shell out €35 million, rising to €55 million based on performance, for his signature.

Unfortunately for Valencia however, they will not be receiving all of the €35 million spent on the deal, as previous club Benfica put a sell-on clause on the deal which saw him move to the Mestalla, meaning that 25% of the transfer fee paid for Gomes would go to the Portuguese side.

Gomes joins a vast array of high quality midfield talents at Barcelona, so it’s hard to see exactly where he’ll fit in. One thing that seems very likely though is that Turkish midfielder Arda Turan could be on his way out of the Camp Nou, with Besiktas looking to be the favourites to claim his signature. They may be able to pick the midfielder up at a discount price as Barcelona are willing to make a loss on last years transfer from Atletico Madrid.

Even with Arda Turan leaving Barcelona, Andre Gomes still has to compete with the current midfield trio of Sergio Busquets, Andres Iniesta and Ivan Rakitic. That’s before you take into consideration Barcelona’s back up options of Rafinha Alcantara, Sergi Roberto and Denis Suarez – who was recently signed back from Villarreal after the Catalans triggered a tiny €3.5 million buy back clause in his contract.

The 22-year old Portuguese magician will be hoping that his countries triumphs at Euro 2016 should catapult him up Luis Enrique’s pecking order, after proving that he can perform at the highest level and under intense pressure.