How Can I Bet On The Super Bowl? 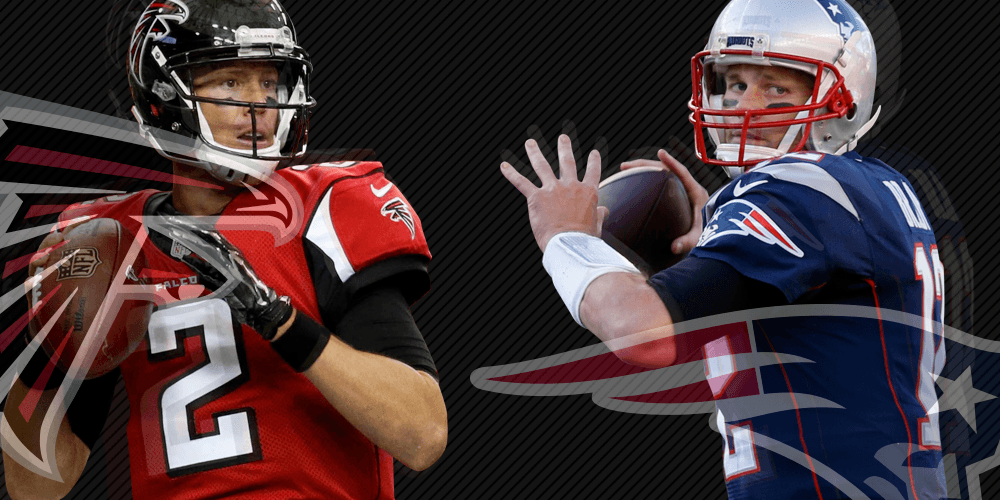 The highest total in Super Bowl history has all NFL fans excited for the season finale. The combination of Quarterback Tom Brady and Head Coach Bill Belichick will aim to strengthen their claim as the greatest QB/Head Coach duo of all time as the New England Patriots take on Matt Ryan and the high powered offense of the Atlanta Falcons. Who are you betting on to hoist the Lombardi Trophy when it’s all said and done on Sunday?

How To Bet on Super Bowl 51

If you’re looking for a bet on the biggest game of the year then check out our experts best bets below for Super Bowl 51.

The Super Bowl is the most heavily bet on sporting event of the year in America so public money tends to have a pretty big impact come game day. Ten of the last fifteen Super Bowls have finished within on score of the spread. It’s likely going to be another close game and the closing spread will be sitting at the key number of a field goal.

Some bookmakers are reporting that they’ve already taken some big six figure wagers on the New England Patriots. However the point spread hasn’t moved away from -3 which means sharps could be balancing liabilities with smart bets on the Atlanta Falcons +3 points. The underdog is 13-5-2 against the spread in recent years, cashing in four out of the last five and seven of the last nine Super Bowls. We’re picking the Atlanta Falcons to cover the point spread in our NFL predictions for Super Bowl 51

We mentioned earlier that we expect this to be a close one. However, when you give Bill Belichick and Tom Brady two weeks to prepare it’s more than likely he’ll get his team ready to win the ball game. Belichick holds the record for the most Super Bowl appearances by any head coach and post season wins and Brady is going for his fifth Super Bowl ring.

With the focus on offensive fire power this game will ultimately be decided by special teams or defense. The Patriots and Falcons topped the NFL in capitalizing off opponents mistakes, with 59 and 52 net turnover points respectively.

The young Atlanta defense has been playing much better than their season long regular season statistics show. They have five sacks, three interceptions and five recovered fumbles in their two playoff games. Matt Patricia’s defense have also been creating  turnovers. They have two takeaways or more in every game since week 12 apart from one.

The Patriots defeat the Falcons in a close shoot out 33-1 to give Tom Brady his fifth Super Bowl ring.

This game is all about offense. Atlanta lead the league averaging 33.8 points scored per game during the regular season and New England also averaged 27.6 points scored, third best in the league. According to Football Outsiders the Falcons and Patriots rank number one and two in offensive DVOA. This number represents value, per play, over an average quarterback in the same game situations.

The Falcons have been cashing the over all year, even with high regular season totals. They cashed the win and over total match points in both of their playoff games and in a whopping 10 of their 18 games this season. The Patriots led the NFL with a net point differential of 191 this year. The Falcons were second with 134.

Finally, this match up features two red hot quarterbacks. Tom Brady has the highest grade (99.5) ever recorded by Pro Football Focus and Matt Ryan was tied for second with a 93.3 grade. Ryan has posted an NFL quarterback rating of 120 or higher in six straight games. Two efficient signal callers should be able to run up the score in this ball game and give us a thrilling shoot out.

In a game where we expect Bill Belichick will try and stop the Falcons best receiver, Julio Jones. It makes no sense to us why the Atlanta Falcons number two receiver and top red zone target Mohamed Sanu is 2/1 to score a touchdown anytime with Sky Bet.  In what should be a high scoring shoot out with multiple touchdown scores this is immense value on Sanu to find his way into the end zone.