Can Mkhitaryan Make His Mark at Chelsea?

Chelsea are reportedly set to renew their interest in Dortmund’s free-scoring midfielder Henrikh Mkhitaryan at the end of the season. The Blues had a £46m bid rejected last summer but look set to swoop for the Dortmund midfielder, who has just a year left on his contract.

Our stats show that investing in the Armenian would be money well spent for Chelsea. Mkhitiryan has greatly outperformed each of Chelsea’s listless attacking midfielders this season – recording a goal or assist almost every 90 minutes and racking up as many assists as Hazard, Oscar, Willian and Pedro combined. 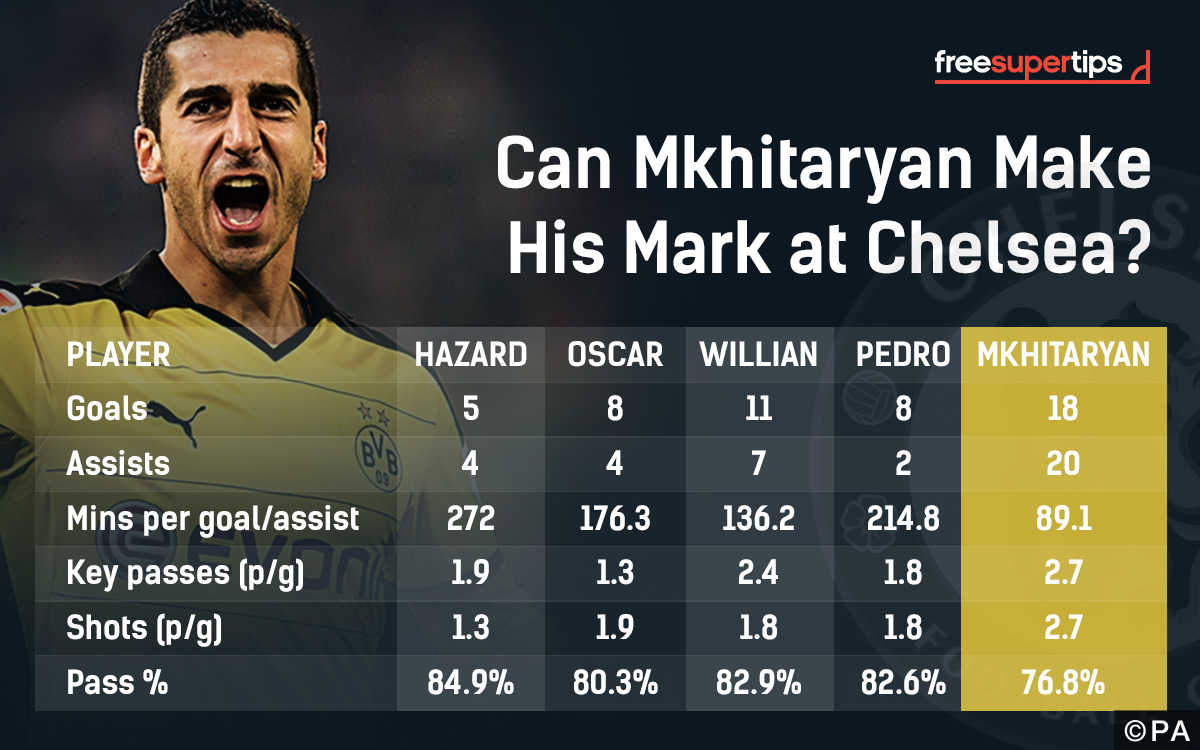 Mkhitiryan is much more involved in attacking moves than Chelsea’s creative attackers, making 2.7 key passes per game and recording the same amount of shots. Even the one stat which the Armenian falls short on, pass completion percentages, is offshot by the greater number of key passes he’s completing.

Can Chelsea persuade the Dortmund hotshot to leave the Westfalenstadion to play for the incoming Antonio Conte? Or will the allure of Arsenal and the Champions League prove too strong?

Add this stats graphic to your website by copying and pasting the following embed code:

Can Mkhitaryan Make His Mark at Chelsea? By the team at Free Super Tips – providers of expert football accumulator tips and predictions