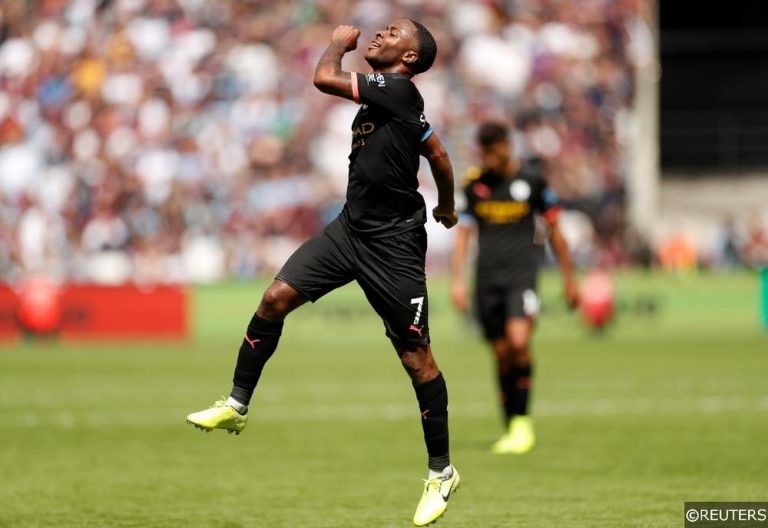 Manchester City embark on their latest quest for Champions League glory this week with a Group Stage opener against familiar antagonists Shakhtar Donetsk in Ukraine.

Incredibly, the Citizens share a UCL Group with The Miners for the third straight season in 2019/20, much to the ire of a Shakhtar team that were mercilessly dismantled by the Premier League champions on more than one occasion.

City racked up an aggregate score of 12-2 in their four meetings with Shakhtar since 2017, and Pep Guardiola’s charges will expect to dominate again when the teams renew acquaintances at the Metalist Oblast Sports Complex this week.

England’s Raheem Sterling is certain to be one of the Ukrainians’ chief tormentors on Wednesday. The 24-year old has started the season in incredible form, hitting eight goals in eight games for club and country.

The flying winger will be rubbing his hands at the prospect of facing a defence that he and his City teammates have already torn to shreds before, and with that in mind, we’ve compiled a list of individual Raheem Sterling betting specials for Wednesday’s game.

Sterling has maintained a fantastic goal to game ratio so far this season, registering once per 90 minutes of action for club and country since the summer.

The former Liverpool star has already scored in three separate competitions this season (Community Shield, European Championships Qualifiers, Premier League), and Sterling’s goal-scoring touch is so potent right now that he will be supremely confident of scoring in a fourth.

Sterling has already scored two career goals against Shakhtar, and we think is priced generously to register against them again this week.

Alongside his exceptional goal scoring output, Raheem Sterling is also one of Manchester City’s most productive creative outlets.

Last season, the 24-year old laid on a whopping 22 assists for his teammates in the Premier and Champions League, though somewhat remarkably, Sterling has yet to break his assist duck for the current season.

That hasn’t been for the want of trying however. Sterling hit an average of 1.6 key passes per Premier League appearance for City this season – only Kevin de Bruyne and Riyad Mahrez have played more.

The statistics suggest that Sterling’s first assist of the campaign is imminent, and circumstances look promising for him to grab it in the Ukraine on Wednesday.

On Wednesday, Patrick will once again be tasked with breaking up play in front of what is certain to be a heavily pressured Donetsk rearguard.

Raheem Sterling has been fouled more times on average (0.8 per game) than any other Man City so far in 2018/19, and we believe Patrick will have a tough time tracking his imaginative movement and line-breaking surges.

With that considered, Shakhtar’s serial offender looks well worth considering in the bookings market for Wednesday’s game. 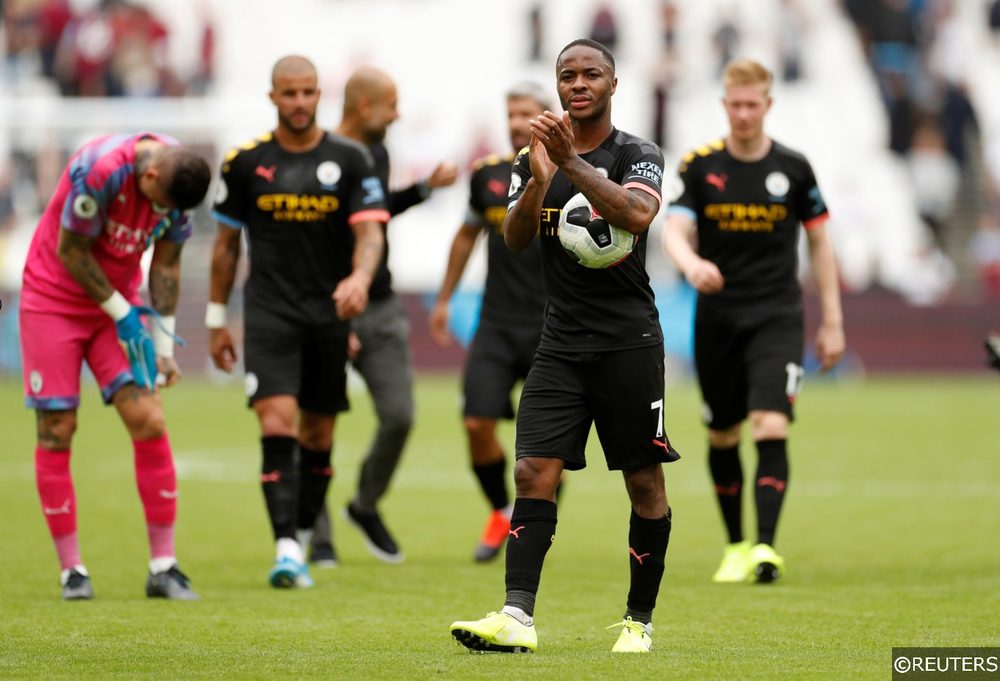 The Citizens’ number seven has registered 3.6 shots per game on average in his Premier League appearances since the summer, a figure that makes him City’s second most prolific shot taker behind Sergio Aguero (3.8 per game).

Sterling has already racked up four attempts on goal or more in three separate City fixtures this season (four vs West Ham, six vs Tottenham and six vs Norwich), and we think he can pass that target again against a Shakhtar team that City tested with a huge 39 shots over their two Champions League Group Stage meetings last term.

Our Champions League analysts are forecasting a comfortable evening for Manchester City in the Ukraine this week, and they have tipped the Citizen’s to run out 3-0 winners in their correct score prediction in their match preview for the game.

A combination of our Raheem Sterling anytime goalscorer prediction and our expert’s correct score forecast returns 11/1 odds with bet365 – a price that we think is well worth a small stake for Wednesday’s contest.

The Citizens won 3-0 at Shakhtar when the sides last faced-off in the Ukraine, and Raheem Sterling was denied a goal on the night by the woodwork. He has every chance of going one better this week in what should be a similarly routine City victory.

Remember – we’ll be covering all this week’s Champions League action extensively in our match previews section.