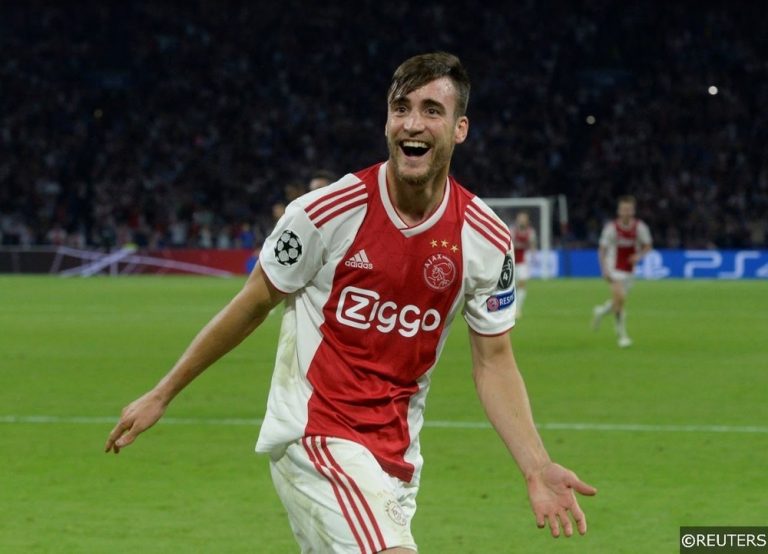 Frank Lampard’s youthful Blues outfit will be out to showcase their skills against one of football’s most prolific schools of development, and a good performance and positive result in the Dutch capital would go along way to proving that this Chelsea academy batch are the real deal and not the latest products of the game’s hype-machine.

To win this week, Chelsea must disentangle the tactical formula that has allowed Ajax to topple many of the continent’s biggest names and reputations over the past year.

That’s easier said that done however, and Ajax were beaten only twice of their last 34 games on home turf in competition. Chelsea will take heart from the fact that the last team to conquer de Godenzonen on their own patch were the Blues’ Premier League rivals Tottenham, though their challenge this week remains one of their toughest of the season so far.

As always, there are tons of potentially lucrative betting markets and exciting specials available for Wednesday’s compelling fixture, leaving punters with plenty of choice ahead of the Champions League carnage in Amsterdam.

With that in mind, we’ve compiled a list of player specials for Ajax meeting with Chelsea that we think are worth checking out. Take a look at our selections below:

Serbian attacker Dusan Tadic has been a player reborn since he made his decision to swap the Premier League for the Eredivisie last year.

The 30-year former Southampton star has been devastatingly effective in front of goal, and this season he is already Ajax’s second highest scorer having hit seven goals in all competitions since the summer.

Tadic has averaged 2.5 shots on goal per league game for Ajax this term, 0.9 of which have been on target, though his Champions League attempts per game average is down to 0.5 from last year’s figure of 1.8.

The Serbian’s appreciation of the big occasion should ensure that his UCL attempts on goal average climbs considerably when Ajax face Chelsea this week, and we think the versatile forward is priced excellently to hit over 0.5 shots on target with bet365.

Abraham has averaged 3.3 attempts on goal per 90 minutes of Premier League action since the summer, though that average falls to 3.0 in the Champions League, and it drops again to a much more meagre 1.0 when you isolate his away appearances on the continent.

Chelsea are expected to find the going tough in Amsterdam this week, and Abraham may find that he sees far less of the ball than he usually does. With that considered, we’d be surprised if he manages to rack up more than two attempts on the host’s goal during the contest. 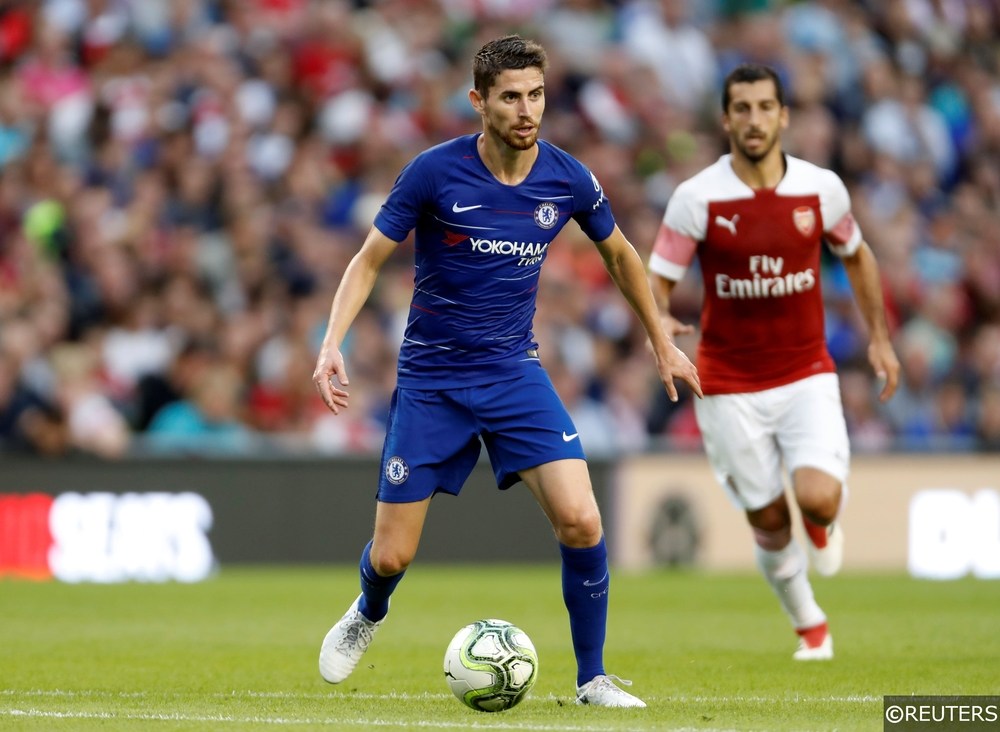 Chelsea holding midfield Jorginho is almost certain to be a busy man at the base of the Blues’ midfield on Wednesday, when he attempts to disrupt the flow of Ajax’s passing moves through the middle of the pitch.

The Italian international has averaged 2.5 tackles per Premier League appearances for Chelsea to date in 2019/20, though that challenges figure climbs to a much meatier looking 3.5 on average per game in the Champions League.

This week, Jorginho will have his work cut-out to successfully screen the Blues’ defence in Amsterdam, and we think he should tackle his way past our targeted number with relative ease.

Serbian international Dusan Tadic makes another appearance in our player specials for Wednesday’s Champions League tussle in the assists market.

The 30-year old has been a veritable goal-creation machine so far this season, setting his teammates up eight times in the Eredivisie and twice in the Champions League in a combined 12 appearances in the competitions in 2019/20.

Remarkably, Tadic has played a whopping 4.2 key passes on average per game domestically and 3.0 on the continent – figures that suggest that his assist tally could and probably should have been higher than it currently is.

We’re backing the Serbian to put his powers of invention to good effect again when Ajax take on Chelsea this week.

Unsurprisingly, Dutch champions Ajax tend to dominate possession in their Eredivisie fixtures – in fact, the Amsterdam giants have had the ball 61% of the time on average in their league games since the summer.

Interestingly, that possession percentage drops a full 10% to 51% when you analyse Ajax’s Champions League matches so far this term, and the reduction in time they have on the ball in Europe is also reflected in their players’ individual passing statistics.

Defender Joel Veltman has played an average of 72 passes per Eredivisie appearance in 2019/20, yet his distribution average drops significantly to just 43 in his European starts for Ajax.

When you digest those numbers, it seems probable that Veltman will struggle to hit north of 59.5 passes against a possession-hungry Chelsea on Wednesday. The Blues had just under 60% of the ball across their opening two Champions League fixtures against Valencia and Lille.

Don’t forget – You can also find all of our match previews and betting tips for the midweek action on our Champions League predictions page.