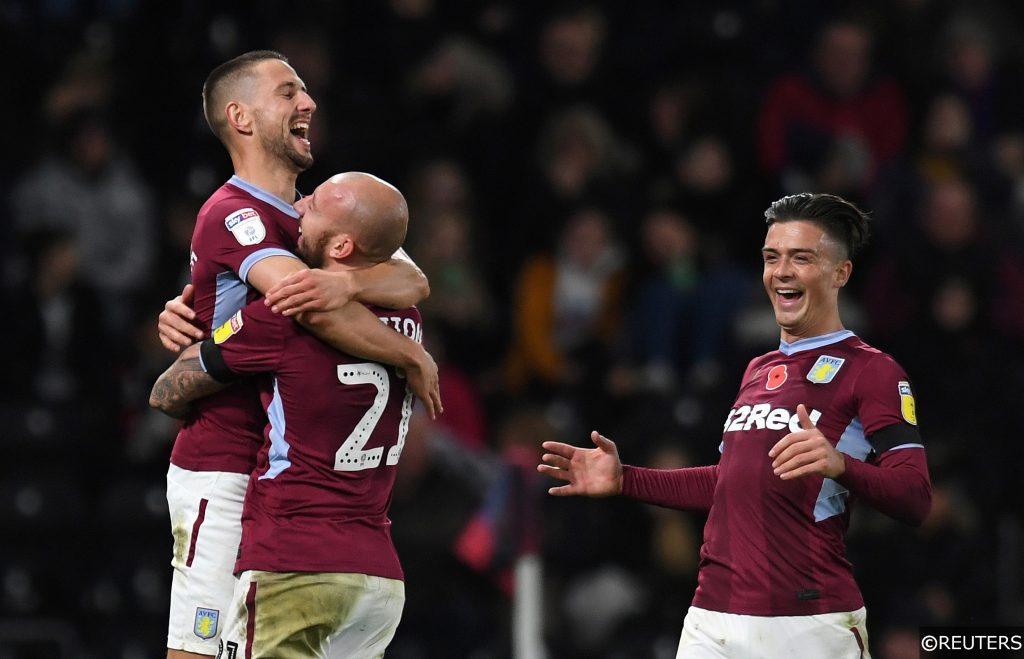 There are few things in football as dramatic as the Championship playoffs. A full season comes down to the odd game, with potentially £200million up for grabs. The four sides kick off their push for the final promotion place this weekend. Saturday brings a double header of games from the second tier, between two sets of rivals.

First up, Aston Villa host West Brom in what is likely to be a heated clash to kick off Saturday’s action. That evening, Derby County face a Leeds side who just missed out on automatic promotion. Having been three points clear in second with four games to go, they have a huge task to get back on track for the playoffs.

We’ve already gone into the promotion betting for this season’s playoffs. You can see our rundown of each side and their hopes of going up right here. However, we’re also looking at bets for each of the first leg clashes on Saturday. We’ve got our latest betting tips alongside specials and odds for the weekend’s crucial double header. 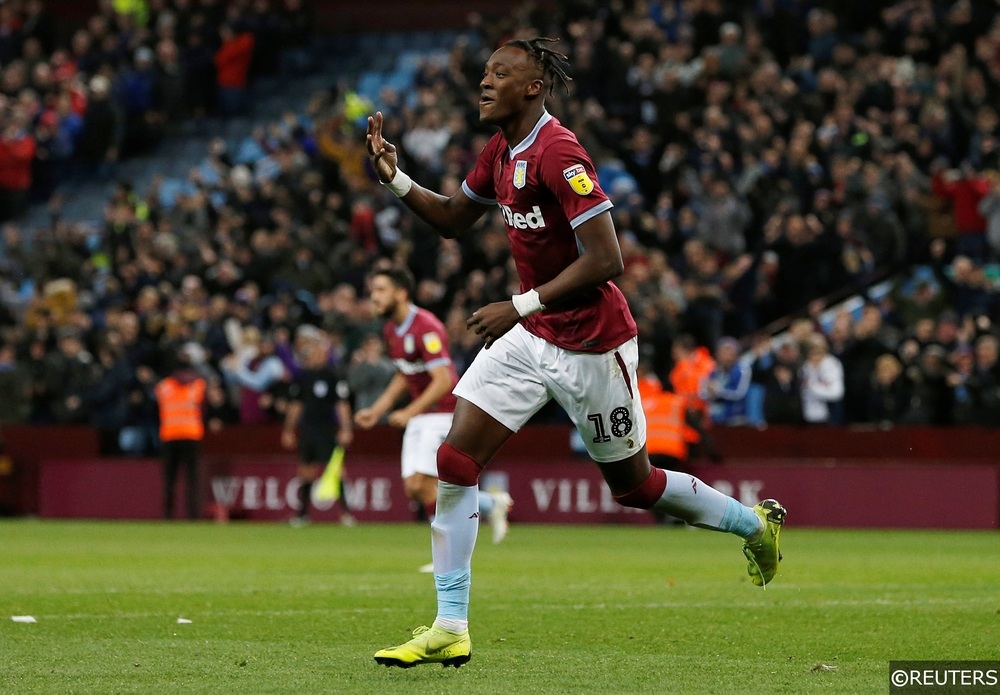 Goals are likely this weekend given the high-scoring forwards featuring in each match. These four sides have been helped into the top six by some starring individual displays this term. None more so than Derby, who have relied on two key loan men in their push for promotion. Liverpool’s Harry Wilson and Chelsea’s Mason Mount have been important for the Rams, with the Reds’ Welshman putting in a strong showing from penalties and free-kicks. Given his impressive cup displays, he should enjoy the playoffs, while Wilson has scored 60% of his goals at home – making him one to watch this weekend.

When it comes to home goals, no player has made an impact at this level quite like Tammy Abraham. Another Chelsea loanee, the English forward has been leading the line impressively for the Villains this term. He’s scored 19 times across his league outings at Villa Park. Given his brilliant impact, he’s likely to be a threat in the playoffs.

Ahead of each of the first legs, we have a special with Betfair on each game. At Villa Park, we’re backing Tammy Abraham to add to his scoring tally at home. We’ve also backed at least 10 corners between these two attacking sides and we’re backing bookings for two players who haven’t been strangers to the referee this season. West Brom defender Craig Dawson has been booked 10 times while Villa’s John McGinn has seen 14 yellow cards this term – including one in this fixture in February.

At Pride Park, we went with both teams to score given that Derby finished the season with 15 goals in their final four home games. They are meeting a Leeds side who have scored in 87% of their trips, so goals are likely. We also see a strike for Harry Wilson, while we’re backing bookings for Bradley Johnson and Kalvin Phillips, who have seen 18 cards combined this term.

The Villains may have finished behind West Brom, but they are the second favourites for promotion. Villa’s great run to make it into the top six has left them as a side to fear in the playoffs. They’ve won five of their last six games at home, while the Baggies have problems on the road. The visitors have lost three of their last four away games, which makes this look like a difficult trip.

We’ve sided with Aston Villa in this one, and the reason for that comes down to a 2-0 victory for West Brom at Villa Park. That win came back in mid-February, as the Baggies continued their push for a playoff spot. That was the final defeat for Villa in a run which saw them win one of 11 games. Since the start of March, no side in the division has been in better form. That’s a big reason that we’re siding with Villa in our preview.

Villa got their act together after that West Brom game – in addition to getting Jack Grealish back from injury. His return immediately sparked a rise in form, as they won 10 games on the spin. While their last two matches have brought them a point against two of the top three, Villa’s form isn’t even the main issue anymore. That run showed that a side with a talented squad and playoff experience were back to their best. Not only are they playing better than West Brom, but they’re also stronger on paper. That why we’d consider Villa to qualify for the final as a decent bet at 4/6 with BetVictor. 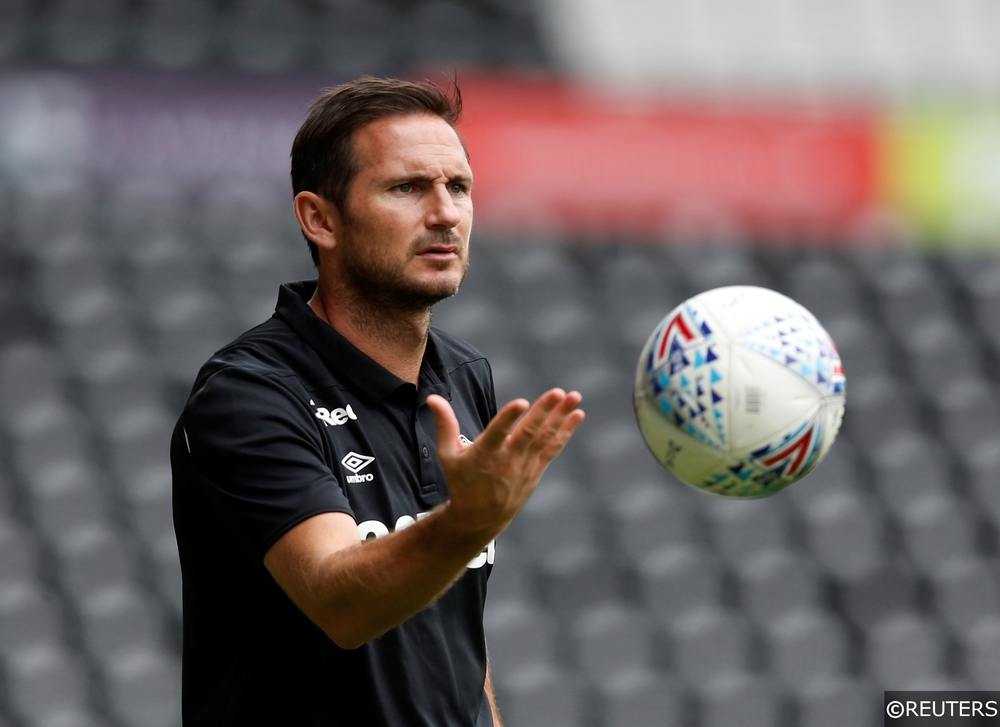 The second semi-final comes at Pride Park on Saturday evening, as Leeds make another promotion push. As the third-placed visitors head to the team who just made the playoffs on the final day, this should be the biggest mismatch of the two. However, that doesn’t seem to be the case. The pair have seen their form turn, which has led to an even playing field here. We are going with the sixth-placed side in our match preview.

The Championship season began with focus on the new managers at Derby and Leeds. England international Frank Lampard’s first year in management and managerial powerhouse Marcelo Bielsa’s first year in England. The two have dovetailed throughout the season, hitting the headlines when Leeds were caught spying at Derby’s training ground. It’s almost poetic that the two meet before the campaign is over.

Their respective journeys do feel like part of a film script. If we’re getting a big Hollywood ending, it would be a win for a Derby side who are considered the underdogs, especially given Leeds’ fine for admitting to spying at the Rams’ training ground. However, it could just be form that settles this one. Derby have lost once in 12, Leeds have lost three of their last four. Calling the tie even after that run is generous to Leeds, as is their price of 1/2 with Betfair to qualify for the final. The Rams seem much better value, they’re 7/4 with bet365 and aiming for revenge.