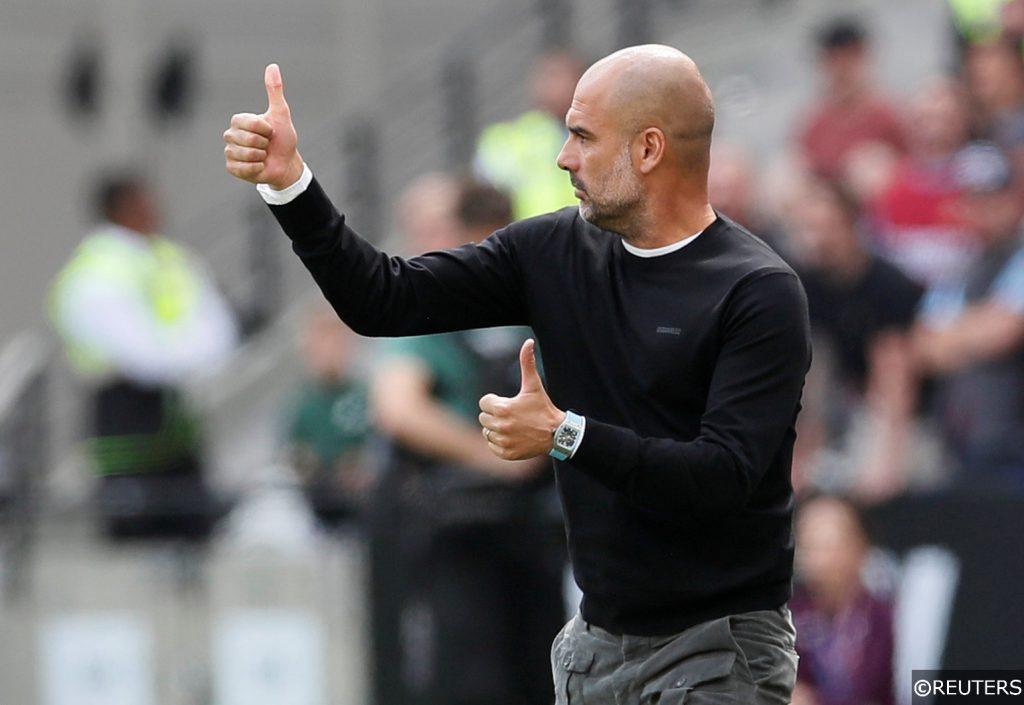 After a weekend of FA Cup action, our midweek attentions turn towards another domestic cup as four teams battle it out for a place in the Carabao Cup Final.

Among the two semi-final fixtures, one of them is the clear stand out clash: Manchester United’s trip to the Etihad on Wednesday evening. The blue half of Manchester comes into this home tie with a comfortable 3-1 aggregate cushion after their scintillating performance at Old Trafford, but Ole Gunnar Solskjaer’s Red Devils have been known to upset the apple cart a few times over the past couple of years.

With Manchester United forced to go on the offensive from the first whistle in order to reverse this deficit, it makes for a very interesting battle. To help you get in the mood for the clash, we’ve analysed the game and put together a special #OOT accumulator.

Check it out below, and make sure to check the rest of our Manchester City vs Manchester United predictions here.

Man City to Win and BTTS

Ilkay Gundogan to be Carded

Harry Maguire to be Carded