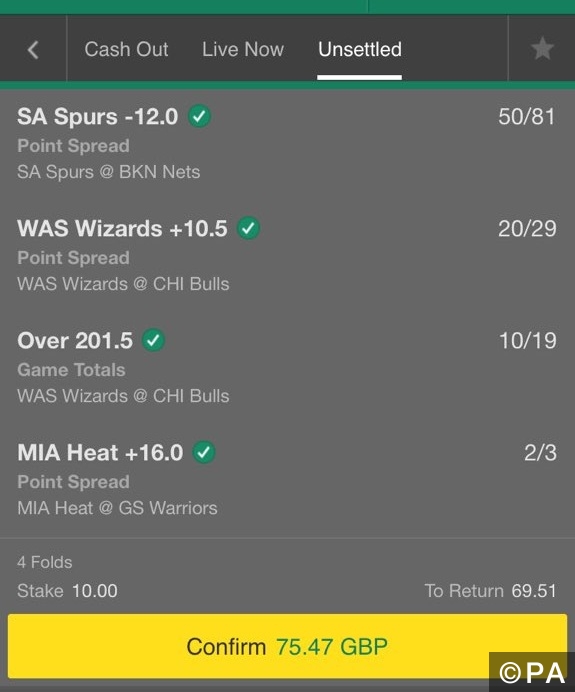 After 6 of the last 7 NBA Doubles won, our NBA tipsters topped off another profitable week with a 5/1 winning NBA Accumulator meaning we have now made over £220 on our Free NBA Tips in the past week!

There were only 3 games of hoops on Monday night but our tipsters took full advantage of the small schedule to pick out a solid looking 5/1 bet containing 4 legs. The Spurs have been dominating teams this season and they continued this stretch against a poor Nets team as they won by a huge 27 points – first leg won. The acca had 2 picks from the Bulls-Wizards game where the Wizards produced a shock win along with the overs coming in to make it 3/3. On to the final leg – a late game in Golden State where we needed Miami to win the game outright or lose by up to 15 points which seemed a lot but the Warriors have been thrashing teams this year. Miami lost the game by 8 and our followers were treated to another NBA winner!

To top it all off, our NBA double & challenge bet also won for a clean sweep and more profit!

What a great sight to wake up to on a Tuesday morning! Plenty of our followers made some money whilst they slept on Monday night: 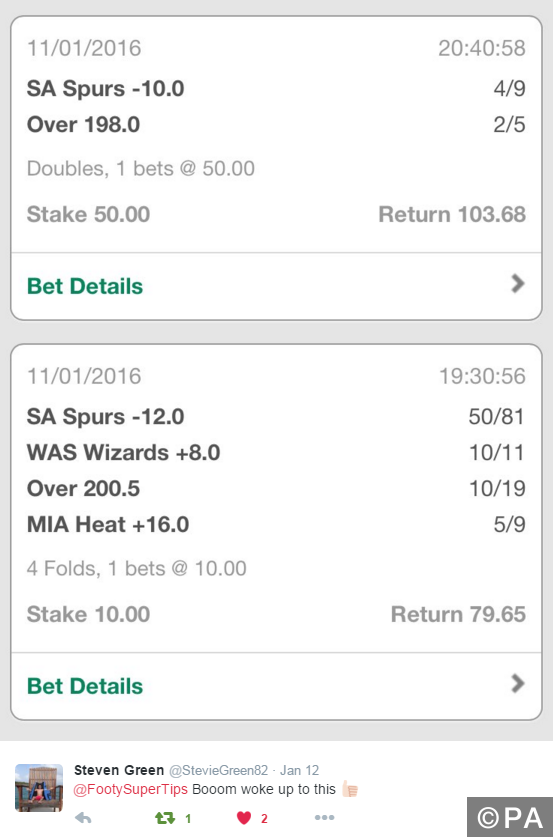 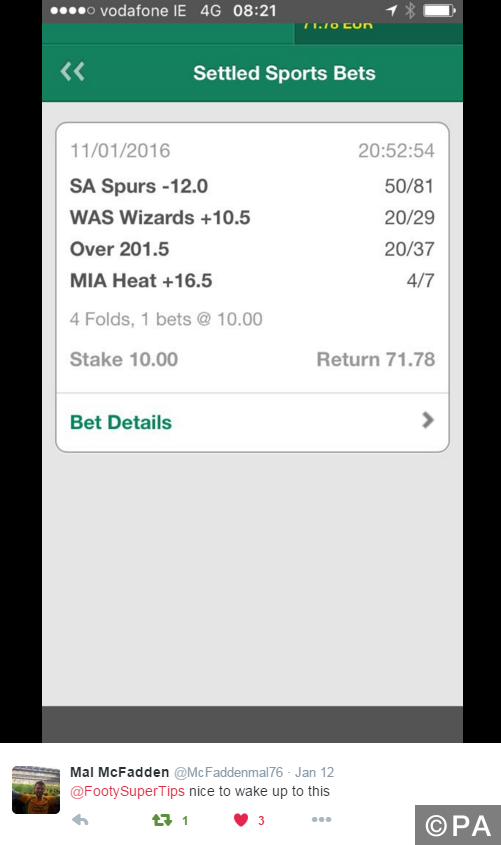 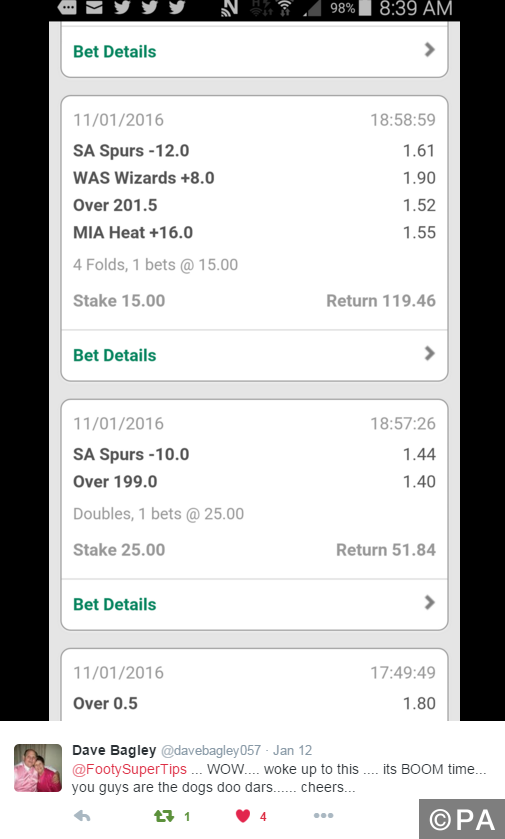 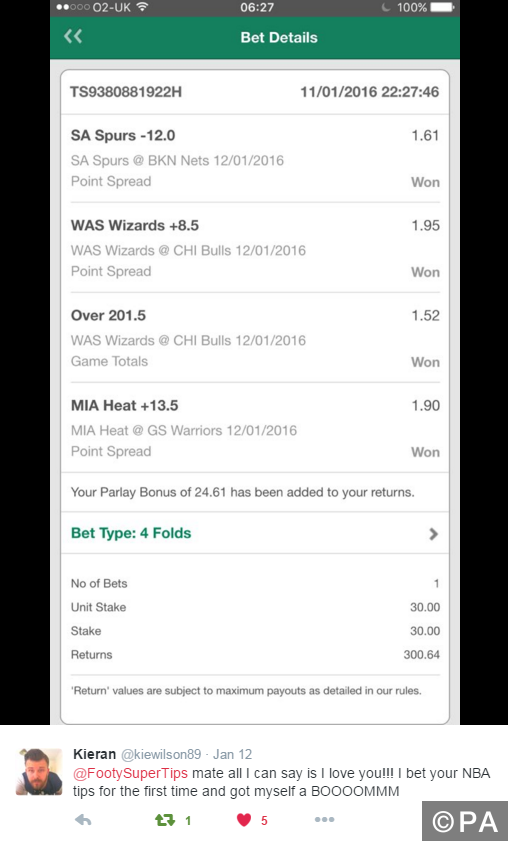 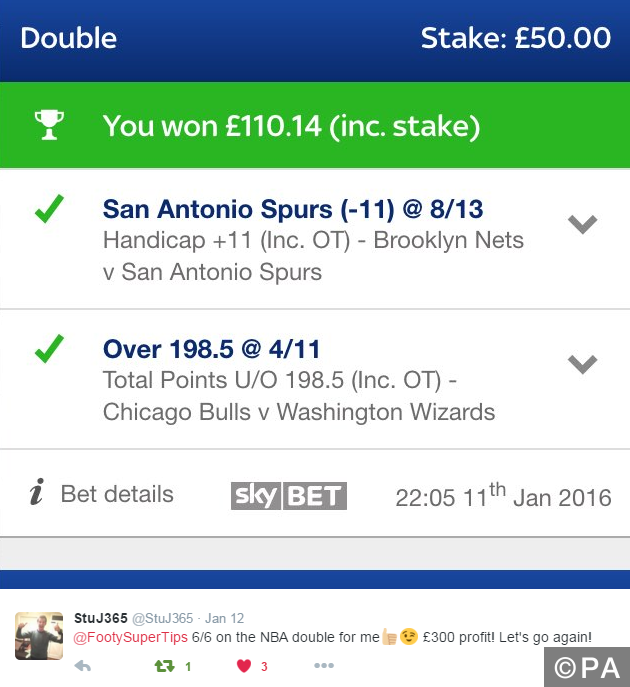 Our NBA tipsters have been on top form recently so don’t miss out on our NBA Predictions that are posted daily!